"Queen of the Night" beer marketing 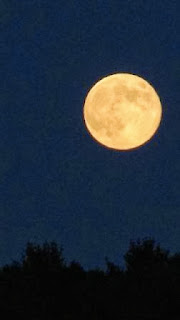 Herewith, dear things, please find my free gift to the craft beer marketing business. You will remember that a few weeks ago I flirted very briefly with an ambition to learn to make beer at home -- even just one time, for a lark -- but then thought better of it. So much simpler to buy it. Surely.God made craft beer geeks, and money, for a reason.

Thus, my gift. Since marketing is so much a part of the liquor world and the craft beer world especially (no boiling of wort! no messy cleanup!), what I offer is not a carboy of anything homemade but an idea. I want some craft brewer, somewhere, to make a whole series of beers called "Queen of the Night."


Doesn't it sound fabulous? I envision a line named for the character in Mozart's opera The Magic Flute [Die Zauberflöte], who storms onstage once or twice wearing sweeping black tulle veils, crowns, and sparkles, tries to hand a dagger to her milquetoast daughter with instructions to kill someone, and sings tremendously difficult arias which must be watched and heard to be believed. I love Diana Damrau in this role, both onstage and in a recording session performing the showstopper "Der Holle Rache" (Hell's vengeance). The recording session is almost better. We see up close the work of the diva. Her entire face and body labor -- cheekbones, jaw, shoulders, arms, the muscles in her temples.We see the diva take one moment mid-bar to lean her head back and arch her neck and chest in exhaustion. And it has only been a minute and a half. Then she resumes singing. This fascinates because when we listen to beautiful music CDs, we don't imagine the artists behind the microphones wearing casual clothes on some ordinary Tuesday or Wednesday, working like hell. La Damrau clenches her hands, and glares down into the middle distance, and breathes through her nose, emoting even though she is not in costume. In make up, long sleeves, and tasteful jewelry, yes. That is probably sheer sopranic self-respect.

There is something, you know, very wonderful about sopranos. (We'll return to craft beer marketing in just a minute.) They stand out. Even people who don't know opera might still have heard of Maria Callas, and if an opera is going to be interjected into some completely unlikely place, such as a scene in Shawshank Redemption, chances are what will be interjected will be the voice of a soprano. Authors who write books on opera for the absolute beginner acknowledge that the prima donna does seem to get all the attention, doesn't she. Rather a puzzle. The tenor runs her a close second, but only second.

Perhaps the fascination has to do with paradox. A paradox is always intriguing. In this case the lady masters all that technical material, musical and mathematical and manly, and then goes out on stage, spotlit, bejeweled, all courageous and paradoxically so feminine, to sing human emotions in the guise of a character whom we, the audience, must simply accept as a character. Not June Anderson but Lucia di Lammermoor; not Anne Sophie von Otter but Octavian of Der Rosenkavalier. Tour de force, dazzling -- miraculous -- are hardly adequate words to describe what is happening. Marvelous YouTube takes you further back. Not Sena Jurinac but Octavian, too; not Joan Sutherland but Lucia di Lammermoor. Well, perhaps always Dame Joan Sutherland .... At any rate these women are supreme artists who reach that height (paradoxically) by losing themselves in the great roles again and again. One would think the roles were exhausted, played out, re-interpreted enough. Not so. And only Western civilization produces this; which is not a paradox.

When one generation is about done, it seems to pass on to teaching master classes. The next generation rises to the stage. And may one also put in a word here for other female voices? Say, the contralto? Do please go and discover young Delphine Galou singing Bach.

Offstage, what enchants about the divas is that they seem to know themselves so well. Perhaps one cannot go out bejeweled and spotlit, having mastered all that technical manly material, and sing and act and hold still for thunderous ovations, without along the way having had extraneous matter pared from one's character; without having learned who one is. In a French language interview from the mid-1980s a twenty-six-year-old June Anderson calmly allows that she is "trés timide" and so has a difficult time truly entering the roles of flamboyant characters. (At least I think that is what she said.) The liner notes of one of Barbara Bonney's many CDs quote her as saying the "hedonistic" Mediterranean world of music is "not in her nature" -- she is at home with cool northern things, the German language, Mozart. Both women's insights are rather large ones to have, especially in our modern world where it seems to me people are encouraged not to have any insights about themselves at all, nor to talk high and mighty as if they do. Judgmental generalizations about hedonistic places are also forbidden. We are encouraged to take expert advice, don't speak without sources, and go on meds instead.

Now dear things, I promised we would talk about beer marketing in just a minute. We will. Only first I must offer one small piece of advice if you wish to delve into the world of opera. High and mighty though it may sound, I have been listening to and watching operas, if only here and there, since I was a teenager. I have a friend from those years who loves music and who probably would have loved to be a diva; from high school onward we encouraged each other to appreciate the art. I think that if you are going to buy a CD of, say, Maria Callas and play it in your car on the way to work, you are going to get bored and frustrated quickly unless you listen to the music in a new way. It is not background noise. Unless you know the language, of course you will not understand the story until you have read liner notes or a synopsis somewhere. ("You must do your homework," Placido Domingo commanded, directly at the camera, in a television interview years ago.) The "songs" will have no beat. It will not be over in two and a half minutes.

What you must do is think of the human body as a musical instrument, and listen to your new CD as if you were listening to a harp, a horn, or a violin. That is how you begin.

Of course the human body must have nourishment, so here is our cue to return to beer and the possibilities of "Queen of the Night" marketing. What young hophead brewer would not want to make a beer called Hell's vengeance? Think of darkness -- starry skies -- crowns -- tulle -- knives. For my part I don't quite understand why the plot of The Magic Flute renders the Queen so evil. Milton Cross in his Complete Stories of the Great Operas (1950), which is thorough enough that you need not really see any operas once you have read it, tells us that when Die Zauberflote premiered in 1791 Mozart intended the Queen to represent the Empress Maria Theresa. Her Majesty did not think well of the Freemasons, and the opera is subtly about them Mr. Cross says, and Mozart was one. He made the Queen of the Night evil because the real monarch was by way of being one of his sect's persecutors. In the hands of Diana Damrau or Lucia Popp or Erika Miklosa she looks a little evil, but mostly great fun.

There is so much more. What young hophead will not want to make beers called after marvelous sopranos, famed characters, legendary arias? Imagine pilsners, IPAs, lambics and everything called  La Stupenda (Joan Sutherland's honorary title), or Kundry (from Wagner's Parsifal) or for Tosca's "Vissi d'arte" (I have lived for art). I must plump for a sour ale named for my favorite aria of all time, "O paradis," which happens to be the showstopper tenor piece from L'Africaine. Well, sours are different anyway.

So you must begin. But I cannot leave this long discourse on opera and beer without directing you to a YouTube upload, and what a marvel that it's there, of a great soprano of the 19th century. Yes, opera has been around a long time. Speaking of becalmed self-knowledge, Maria Callas herself in one of her interviews bluntly admits that opera is dead. It's not like it was in the nineteenth century, when people really went and enjoyed it because it was modern. It's dead, Callas says, and the musicians' duty now has become to make it not ridiculous. More exactly: she says it "has been dead for some time, and if not given seriousness and credibility and dignity, the public cannot take it in with pleasure." See the Callas Conversations with Lord Harewood, 1968, and marvel at the intelligence, grace, and precise loquacity of this woman..

Anyway, here is the marvel, another one. Here Adelina Patti sings "Home Sweet Home" in a recording made in about 1905. I first heard Adelina Patti a few weeks ago during a nighttime program on WFMT. The host told the story of the day in 1862 when Patti, then aged 19, sang in the White House before Abraham and Mary Lincoln. At the end of her concert the President asked her to sing "Home Sweet Home," and of course she complied. (Wikipedia tells us she had been singing it during her American tour anyway. She later became known for this song, and frequently made it an encore at her performances.) Eighteen sixty-two. The Civil War was already in its second year. The Lincolns' little son Willie had just died. Adelina Patti sang ... and then lived on into the age of recorded sound, which along with photography makes that terrible and wondrous and freakish cusp and barrier between all our ancestors' entire world and ours. Lincoln could not have recorded his own voice, nor General Sherman his, nor Alexander the Great. It's just us. But listen to the sixty-two-year old Patti sing, and hear something like what Abraham Lincoln heard. Stupenda.
at January 10, 2014