The geometry of spring, and so on 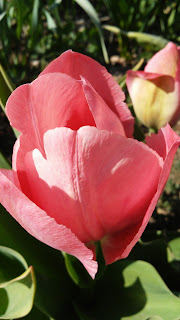 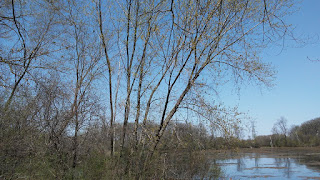 You can't hear the frogs peeping, but they were. 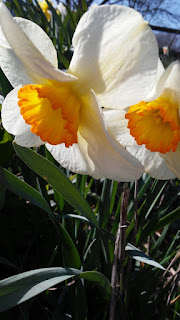 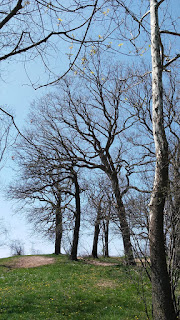 The march of the trees? 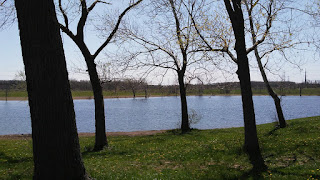 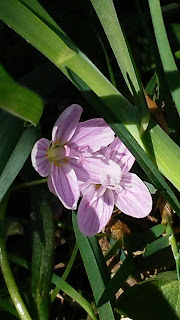 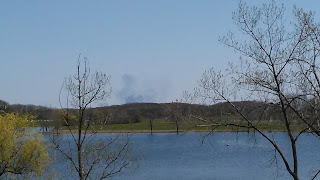 This is what they call a "controlled burn." Look closely. 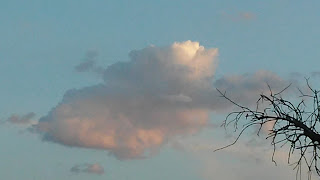 As evening falls ... did you know Saturn and Mars were keeping company with the gibbous moon at 3:30 in the morning, all this past week? Also Antares. I think. 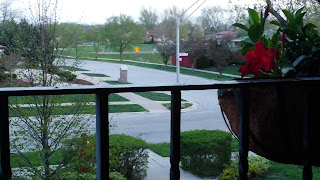 The geometry of spring in the neighborhood 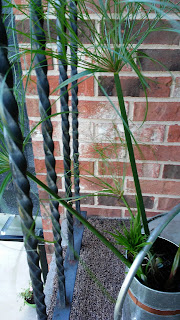 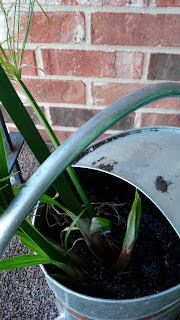 ... can you recreate the mud of the Nile in a watering can in the suburbs? 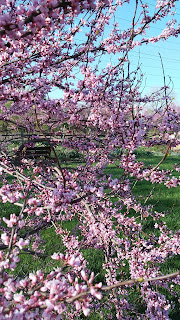 Email ThisBlogThis!Share to TwitterShare to FacebookShare to Pinterest
Labels: garden

I've decided to go for a Mediterranean look

One of the television networks that have sprouted so abundantly in recent years, which show reruns of everything that ever was, has been regularly broadcasting To Catch a Thief. Whoever owns the network must have bought the rights to a lot of Cary Grant films, because it seems you can also tune in to Houseboat a lot. Not as good a movie, but noteworthy for the honest scene in which the young boy listens to the bell attached to a rowboat, where his father (Grant) and Sophia Loren are spending some tender moments. The bell doesn't ring quite rhythmically, but almost. And he is in love with Sophia Loren, too.

Anyway To Catch a Thief, having no such remotely dark moments, is all fun, charm, safe suspense, jewelry, sunshine and the French Riviera before anyone heard of Muslim no-go zones -- let's be honest -- and of course it's all the divinely beautiful Grace Kelly. By the way there is only one false note in Edith Head's costuming of her. That is the silly, unimaginative gold ball gown for the costume party near the movie's climax. It diminishes her looks, which would seem impossible to do. The gown is said to be "covered in gold mesh and fabric birds," which I suppose counts as imaginative, but who can see that on the screen? A long time ago I read a slight barb directed at Edith Head, attesting that, as satisfactorily pretty as her clothes were, she was essentially a pedestrian ("conservative" was the word, but that won't do) designer; further that Givenchy showed her how it's done in the black dress Audrey Hepburn wore as Sabrina. Credit for that little frock, either to Head or to Givenchy, has been a matter of controversy ever since Miss Head accepted the Oscar for Best Costume Design for Sabrina in 1955.

But we weren't going to talk about clothes, but rather about patio decor. I have decided to try for a Mediterranean look on my balcony this summer. Being myself not a gardener exactly but a grower of houseplants (hurrah for no weeding chores), I watch To Catch a Thief now to study the vegetation. Looking in on Netflix's Luxury Travel also helps.

The Mediterranean boasts four types of plants that seem unlikely climatic neighbors, but evidently are so, for there they wave and nod  -- or just bask -- in Grace Kelly's Monte Carlo as in today's millionaires' village retreat, Eze. They are palms, cacti, succulents, and conifers. Except for the palms they create an image of hard, random, sunbaked scrubbiness. Add clay pots, stonework, perhaps iron railings, and you have the beginnings of your Mediterranean look. I cannot add an immense blue sky and sea but I do have a plaster bust of the Emperor Augustus, quite large and handsome. Some trailing bright flowers will of course be appropriate. But one can't just fill a window box with fuschias either, and call it "Mediterranean," as I have seen done on some "how to" websites. It might be anybody's front porch in Illinois. On the other hand, more zealous websites offer more interesting suggestions, which are so authentic and full of stone walls, pools, open-air rooms, and views of, um, the Mediterranean, that their "Step 1" might as well be -- 1.) Go live in the Mediterranean.

My determining on palms, cacti, succulents, and conifers for the summer, not forgetting I own a fig tree also, surely right, means I must face a summer decision about the mostly tropical, lush-leaved philodendrons in my living room which have been waiting to go back outside all this long winter -- it snowed as recently as two weeks ago. And have been getting huger and huger. I cannot fit 1) them, 2) my lounge chair, 3) a small bistro table and chairs, 4) the green bench my dad made, which I rescued from being a ragstand in the basement of the house where I used to live, and which will now be a (Mediterranean?) plant stand, 5) Mediterranean plantings, 6), the fig tree, and 7) Augustus, all on one balcony. The whole feel of To Catch a Thief, of views of Eze, is expansive light and space, dotted with rock and dark green. Big flapping jungle houseplants under a lowering Midwestern sky are not that, plus, when the sky is not lowering but blazing hot, they get sunburned. So do orchids. It's true about them, you know -- when they put up a flower spike, be sure not to hit the buds with your fertilizer mist during the weekly watering. The buds, no matter how near to bloom, will turn pink, shrivel, and fall off. 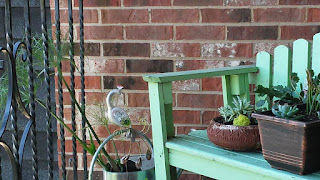 Dwarf papyrus in a watering can (shades of ancient Egypt!), some succulents (the Mediterranean!), a brown-red brick wall (suburban Midwest condominium construction, circa 1978! -- well at least in those days it was all brick). Can a masked ball with Cary Grant be very unlikely?
at May 03, 2018 No comments: