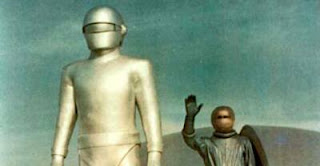 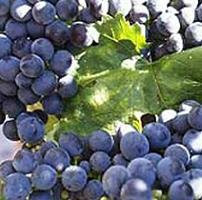 Better known as the Zinfandel grape. A short sidebar in The Encyclopedic Atlas of Wine (chief consultant, Catherine Fallis), sums it up:
"Zinfandel, affectionately called "zin" by Americans, had long been considered a native grape. When proven to be Vitis vinifera, and so by definition, not native to America, theories on its importation abounded. Eventually, DNA analysis confirmed that zinfandel was identical to Apuglia's [Italy] primitivo, though Italian records could only trace the primitivo variety back some 150 years. Searches along the Dalmatian coast brought samples of the plavac mali vine back for analysis, which demonstrated that variety to be an offspring of zinfandel. Finally, in 2001, further detective work proved that zinfandel was the Croation variety crljenak."
My old Webster's dictionary simply asserts that zinfandel is a dry-red wine grape, originally imported from Hungary. It gets a star beside it, meaning that the word zinfandel is an Americanism, but as far as etymology is concerned, the word gets only a question mark in brackets, along with a little arrow sign, pointing left, that I can't reproduce here because the computer reads it as an html tag.
Zinfandel is not one of the noble grapes, meaning that it does not belong in the same class with cabernet sauvignon or chardonnay, grapes capable of making excellent wine almost anywhere they are planted, and capable of making wines that will age well in the bottle. It likes a warm, i.e. non-European climate (hello, California), tends to produce overabundantly (hello, lack of flavor), and when it does ripen slowly and well, reaches very high sugar levels (hello, boring sweetness and/or sky-high alcohol levels). However, under the right circumstances -- old vines in a warm place yielding few but excellent grapes, carefully harvested and vinified -- "it can be an extremely noble claret-style wine" capable of aging and of 16% natural alcohol levels (Jancis Robinson, How to Taste). There is a reason why the best, heaviest, and most expensive California zinfandels boast "Old vine" on their labels. Some of these vines were planted before Prohibition.
Zinfandels, or primitivos if you like, have a spiciness and a rich berry flavor which can be uniformly cinnamon cake-like alone, or can add a definite thick zing to a red blend. Kevin Zraly in The Complete Wine Course recommends them with any heavier meat dish -- anything except fish and poultry, essentially.

And we have not yet discussed what to most wine snobs(though not wine professionals, unless they are simply being polite in order to soothe feelings and sell books) is The Enemy: white zinfandel. This runaway bestseller seems to have been created by bright people in California in the 1970s or early 1980s, when they found they had too much crljenak and not enough white wine grapes; so, rather than let "Crl" go to waste, they treated that weird and sweet and overabundant Hungarian import as if it were a white grape, pressing the juices off the skins to give it only a blush of red-wine color and mixing it with what white they had. It was sweet, pretty, and delicious. They marketed it as White Zinfandel, which is curious when you think about it. It means the winemakers assumed the public would know zinfandel should be a red wine.

It continues to be a runaway bestseller. White zinfandel is said to be the most requested wine in American restaurants, and to account for ten percent of all wine sales in the U.S. by volume. There is a most interesting article on the history of white zinfandel, from wikipedia but collected here at Answers.com, which claims that the money Sutter Home vineyard earned from the accidental creation of white zinfandel enabled that winery to maintain its plots of the "Old Vine" grapes, which otherwise might have been pulled up to allow planting of something more immediately valuable.

Wine snobs, beware. Aesop lives. As with the fable of the lion and the mouse, "don't belittle little things. A friend in need is a friend indeed, no matter how small he may be."

I wonder if Aesop was not occasionally very tiresome? And when will someone make and market White Crljanek? I have the label right here. 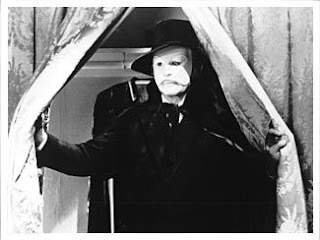