Sometimes the smallest glimpses of a life emerge from darkness. In 1858 one H.G. Nicholls published a book on the history of England's Forest of Dean (An Historical and Descriptive Account). I downloaded it to my Kindle because I thought perhaps this Forest of Dean had had some wonderfully romantic or startling history. As it turned out -- unless I didn't read far enough to get to the exciting part -- it did not. H. G. Nicholls simply listed things that happened there, and who owned what acres of it, based on public records and tax rolls and things. It would be as if I wrote a book on a portion of the local Cook County forest preserves. "And in 1988 a new jogging path was laid ...."

But early on, the Descriptive Account gives us this glimpse into a life. Among the landowners in the Forest of Dean in 1303 was a Cecilia de Michegros, who held the bailiwick of Bicknoure there. That's all.

That's all, but what a fund we have here for the writer of romance! Already we see Cecilia garbed in bright robes of medieval blue, green, and red. And why did Western European women go about essentially in burqas for so long? Was it a Muslim influence? Was it for the warmth they provided during those medieval Little Ice Ages we read about? Anyway we see her moving importantly around her bailiwick. She is the daughter of someone named de Michgros, or perhaps his widow. Beside her a dour, good looking and terribly moral man is her marshal, or steward. He helps run her properties while impatiently yearning for her. There's a villain, of course, a local lord with designs on Bicknoure, but he is mostly egged on by a shrewish wife wild with jealousy over the beautiful Cecilia. The shrew is called Maud -- perhaps in true 14th-century style we'll spell it Mold. Frustrated by her husband's failure to finally rid the world, or at least the Forest of Dean, of la de Michegros, Mold sneaks into Cecilia's manor house one night and attempts, nothing so crude as poison or knifing, but rather to steal the title deed proving the mistress of Bicknoure's rights to her land. The noble marshal waits in the shadows, ready to stop anything. Mold reaches a private chamber, and paws among a set of crackling parchments in a strongbox. She catches up and eagerly takes away a large document hung with seals -- but the marshal has been watching most carefully. He smiles with a little incredulity and a little relief and a little pity. Mold's prize is not the deed to Bicknoure. It is the tailor's bill, festooned and beribboned in the eccentric style that Ippolito the Venetian insists on ... the lady Mold is illiterate.

Afterward I feel sure Cecilia will sit down to a feast with her household. "Connynges in Cyrip" to start with, I think, followed by perhaps "Bukkenade," "Egurdouce," and "payn Foundewe" (aha! bread [pain] fondue?). These are all from the ancient English cookbook The Forme of Cury, compiled in about the year 1390 by the cooks of King Richard II. The book's rediscoverer and editor in 1780, Mr. Pegge, allowed,


"The names of the dishes and sauces have occasioned the greatest perplexity. These are not only many in number, but are often so horrid and barbarous, to our ears at least, as to be inveloped in several instances in almost impenetrable obscurity."

If we can penetrate the obscurity of Connynges in cyrip we will make bold to say, it seems to have been a dish of fowls -- because you smite them in pieces for serving, which you wouldn't do with fish or beef, would you? -- seethed in good broth, treated somehow with vinegar, cloves, raisins, currants, and ginger, and then cast into "the Siryppe" and seethed some more. Just glance and see what you think. If we don't understand the all-purpose medieval culinary instruction "do thereto," which is often all the royal cooks will tell us, it's our lookout. 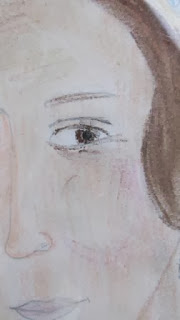