Adding it up: the cost of wine vs. pop

In the beginning, it seemed right to explore this. With numbers and everything. 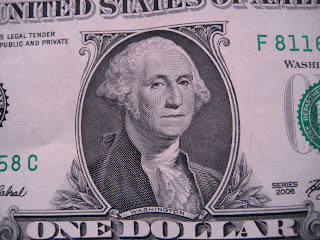 I must admit that when I go shopping for wine, one of the biggest considerations in my mind before I make my purchase is cost. Wine seems a luxury, almost a decadence; after all, I don't really need it, I'm spending my money on something that I'm not yet sure I'll like, and so a price tag above $8 or $9 still gives me a bit of sticker shock. That standard, 750-ml wine bottle holds about 25 ounces of wine, or about 4 six-ounce glasses. I could spend $8 on it, or $15 or of course far more if I wanted to. By comparison, an 8-pack of Coke (12 ounce bottles), on sale 3 packs for $10, works out to $3.33 for every 96 ounces. Day after day, meal after meal. You can count on uniform flavor and pretty uniform price. Soft drinks are far cheaper than wine.

If you like statistics, the numbers involved in various countries' wine consumption and soft drink consumption rates are revealing. Americans lead the world in downing pop, not surprising since we seem to have invented it. (This makes a very interesting story, by the way, in historian Paul Johnson's book A History of the American People. He says that, after the German invention of carbonated water in the 1780s -- Apollinaris was one -- Americans, especially in the "hot and humid South," recreated it and then added flavored syrups to it. When American druggists devised a way to dispense this flavored carbonated water from their shops' soda fountains, the soft drink industry was born. The new drinks were meant not only to taste good and to refresh in a hot climate, but to produce the beneficial health effects and emotional stimulation of alcohol, without the intoxication.)

Different sources peg Americans' soda pop habit at about 57 to 60 gallons per person per year. Sixty gallons is about 630 twelve-ounce cans a year, or almost 2 cans of pop a day. If we all think about our daily habits, this will probably make sense. By contrast, we're said to drink about 2 gallons of wine per person a year, when total consumption of wine is averaged out among the population, whereas a Frenchman or an Italian drinks around 13 or 15 gallons a year. (When you come across drinking statistics expressed in liters per person, just multiply each liter by 0.264 and you will have gallons.)

Since about 5 bottles of wine make a gallon, consuming 2 gallons a year should mean that last year we all bought about ten bottles of wine. Or more, since obviously all the children in America were not busy consuming their two gallons per capita. Karen MacNeil in The Wine Bible has this explanation: only 11% of the American population, she says, are responsible for consuming 88% of all wine sold in the country. If you do the arithmetic of ounces and population figures, you'll find that this means America's small coterie of dedicated wine drinkers enjoys the beverage at a real French or Italian clip, about 15 gallons a year.

Which brings us back to the cost, and decadence and luxury and sticker shock. The devoted wine drinker's 15-gallon a year habit translates to about 75 bottles a year -- which is not even two a week, actually. He's not necessarily "dedicated" or a "connoisseur" in a way that you and I can never be. He is just having wine with his meals, which is what wine is for. If he is careful and absolutely only buys the least expensive product, say in the $5 range, he'll spend about $375 a year on wine. (Two cans of soda a day from a vending machine, at perhaps 60 cents each, amount to $378.) If he parcels out his purchases so that he can splurge on some pricier bottles occasionally, of course he'll spend more.

It all leaves us with a personal question and a personal decision. How much are we willing to budget each year on wine? Three or four hundred dollars? Six hundred? Or -- if we consume our statistical two gallons, and maybe spend five on each bottle -- fifty?

Buying wine means spending money on an often non-uniform experience, and like a lot of consumers I do balk at that. The nice thing about it, though, is that the experience usually turns out to be so interesting and so flavorful, and it leads to so many more because it helps you learn more. A cabernet sauvignon, that seemed a bit plain and sharp in my glass (for $17.99!), in ten minutes took on flavors of caramel and licorice that were so delicious I would not hesitate to buy it again as soon as I could. Price-wise, it's the equivalent of maybe a week's worth of my morning Starbucks. That's a trade-off I can live with. 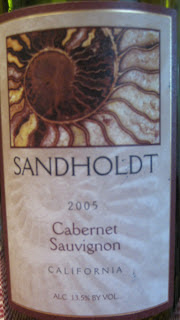