Madeleine Kamman, in her gigantic New Making of a Cook, explains how to make vegetable soup. "... they are all made according to the age-old principle: Bring water -- not stock -- to a boil, add the vegetables, bring back to a boil, and turn down to a simmer as long as you like. That's all." 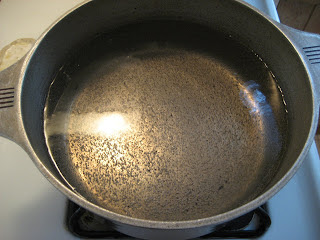 There's nothing more reassuring than professional permission -- from a Frenchwoman, no less -- to keep things as simple as possible in the kitchen. When I make this vegetable soup I like to keep some of the vegetables cut big, so that I can fish them out before serving. I may want the nutritive value of lots of carrots and leeks, without having the soup so chock full of them that it's hardly soup anymore but a stew instead. Another alternative is to puree the soup before serving; but perhaps I don't feel like dirtying the blender, and anyway, always beware pureeing celery. You'll end up with millions of tiny, tiny chopped celery strings. 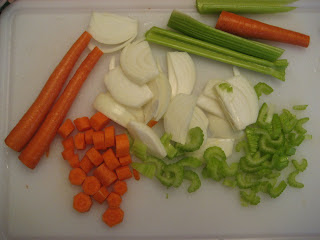 A vegetable soup, even enriched with an "egg" of butter (a piece of butter the size of an egg) and as much milk or cream as you like, may not be quite enough dinner for the family. I eked this one out with a spinach quiche, from Doris Tobias' and Jean-Paul Picot's La Bonne Soupe Cookbook. This turned out to be rather in the nature of an experiment. Since we are a family with a gluten allergy, cooked rice had to replace the quiche's usual pastry crust. 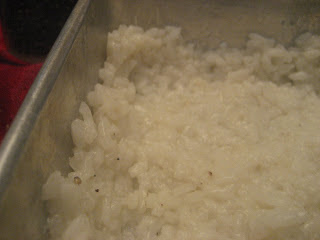 Cooked spinach then went on top of the rice, and -- too frugal for words -- the spinach cooking water went into the soup. Incidentally, I observe author Richard Olney's instructions in preparing fresh spinach. Do not, he says, pay any attention to those cookbooks which tell you to simply rinse the spinach and cook it in a pan with no more moisture than that clinging to the leaves; this will give you a mass of embittered greens sitting in a little puddle of blackened liquor full of the vitamins you have leached from the spinach. Instead, bring a pot of water to boil, drop in the fresh spinach, and watch it wilt almost instantly. It is cooked. And then the cooking water goes into your soup. 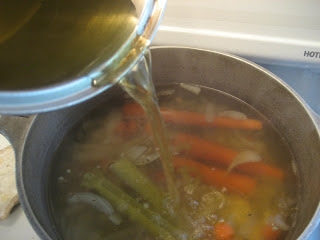 The heart of a quiche is simply four eggs and about 2 cups of milk and/or cream, plus salt, pepper, and one of your best friends in the kitchen, nutmeg. It's not just for Christmas eggnog. 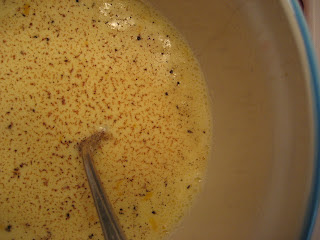 You're going to pour the quiche batter on top of the crust (however you define it) and the spinach, or whatever other filling you have chosen, and bake it in a 375 oven for 25 minutes, according to La Bonne Soupe; 45 minutes, in my experience. Maybe my oven is wonky. Then, just as you are finishing eating your soup, 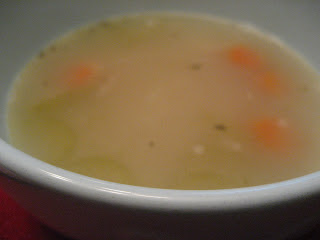 the quiche is ready. Our rice crust was not as felicitous an experiment as I would have liked, but there were compensations. 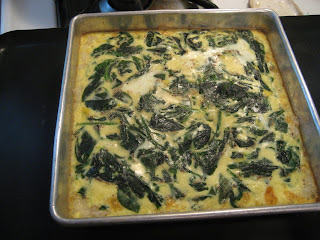 Who knew, for example, there was a hole in this pan, that I have been using for over 20 years? It dripped as I was putting it into the oven, and I thought, my hands aren't that unsteady; it can't be slopping over. I quickly placed a cookie sheet under it, baked my quiche, and rejoiced in the treat of knowing I wouldn't have to wash the pan later. Out it went after dinner, empty and dirty, right in the garbage. It might have been one of Chin's thirty-three happy moments.

And the wine? A light pinot grigio again, with a good freshness and simple melon "cut" to accompany the soup and the thick, eggy quiche. A dry rose would also have been very nice.
at January 29, 2014