I have unearthed some older photos. Lincoln Park Zoo and Conservatory. Don't worry, you may have a cocktail at the end. 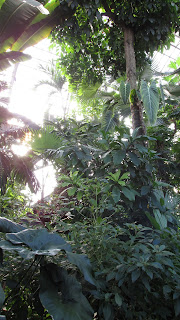 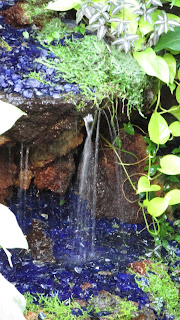 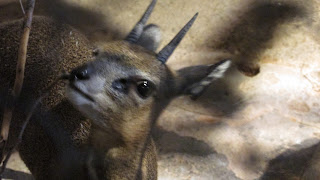 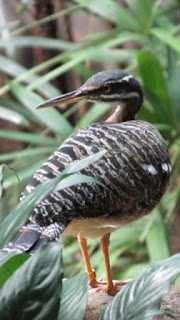 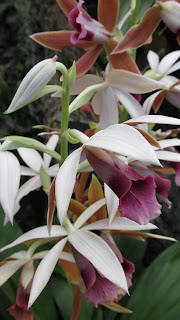 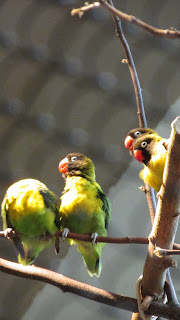 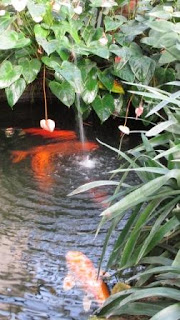 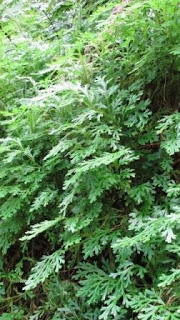 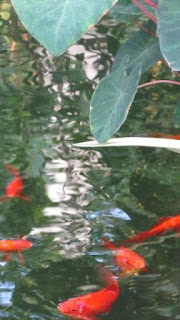 Now amid the greenery and the orchids, the spilling water and the lovebirds, the klipspringers and the meerkats, we have also seen a lot of fish. (Is there anything prettier than a koi pond? We think not.) So, let us carry on the theme and make a fish-referenced cocktail. Here is Charles Schumann's Red Snapper, from American Bar.


Shake well over ice cubes in a cocktail shaker, strain into a cocktail glass. 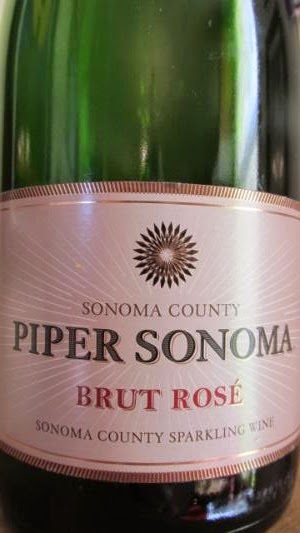 I have had two customers lately ask me questions whose answers I did not know, so I have been compelled to do some quickie research. To wit: there are a whole bunch of wineries in Washington State, not just Columbia Crest, and I can give you a list pretty soon; and, Sonoma County has a whole bunch of wineries in it too -- well, we knew that -- but I can also give you a list of some of them and I can inform you that there are at least twelve AVAs (American Viticultural Areas) inside Sonoma, the best known of which are Russian River Valley, Alexander Valley, and Chalk Hill.
So there. I hate it when random customers passing within earshot know small details better than me just because they've been there.
Enjoy the Piper Sonoma (ah hah!), above, in celebration of the big move. I may be incommunicado for a few days. I would mention the coincidence that May 14th is Ascension on the calendar, but that seems blasphemous.   ﻿
at May 13, 2015 No comments:

Wall of fish, and the Chicago cocktail

From Lincoln Park Zoo. It's meant to represent life in the waters of Lake Victoria. 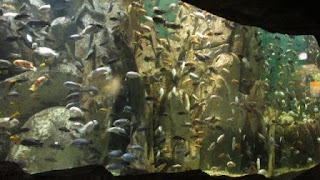 You may have a little drink, too, since it's ages since we tried a new one. Here, from our Calvert Party Encyclopedia (1960), is the Chicago Cocktail. 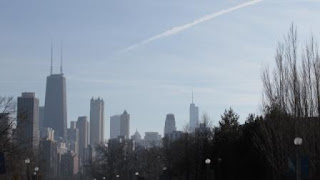 Stir all ingredients well with ice. "Frost" the rim of a champagne flute by dipping it first in water, then in sugar. Strain the drink ingredients into the flute, then fill with more champagne. 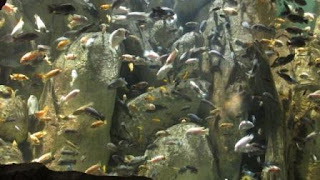 Email ThisBlogThis!Share to TwitterShare to FacebookShare to Pinterest
Labels: cocktails

Responding to a faulty meme, because silence gives consent

This is the kind of  haughty moral equivalence, complete with adorable picture (and of course, it's of a child, an innocent), that stuns people into not thinking the logic through. There isn't any.

Christian bakers are not asking not to participate in a homosexual wedding. Or if they are, they've been poorly advised as to rhetoric, which is choice of the right argument.

Since homosexual marriage cannot exist, marriage being what it is, bakers and photographers are asking not to be morally pistol-whipped into agreeing that reality is what it is not.

The Christian gun shop owner, and the man he sells to, on the other hand are each making their own choices on their own responsibility in this fallen sinful world.

And by the way, if the gun-buyer is not a murderer but rather uses his gun to protect a homosexual couple on their way to city hall, does the gun shop owner get credit for saving gay lives? Also by the way, will the man who made this adorable and specious poster raise a breath in protest of gays being thrown off roofs in Syria? I'm guessing not.
at May 08, 2015 No comments:

Still in a hurry, but here -- Oz Clarke's book, and more Brancott


First, I cannot tell you what a complete revelation Joan Hickson is, "the divine Joan Hickson," one commenter on YouTube puts it, playing Mrs. Rivington in another Agatha Christie dramatization, Why Didn't They Ask Evans? (1980). In a cinched-waist, sky blue-splotched white silk frock with long tasseled necklace, swinging earrings, gold bangles, red fingernails, cocktail and cigarette holder, -- and loose blonde curls and substantial makeup, and how! -- she is quite the late-middle-aged, sensually matronly delight. I even like the unseen husband, "Heww-bert." He already sounds such fun. I have decided I will be her before I become Miss Marple.

Next, nice people at publicity firms have more than once sent me advance copies of books having to do with the wine trade. In the past I've rather bitten the hand that feeds me -- although of course p.r. firms take the risk that their offerings won't be liked, and they absolutely cannot solicit positive reviews -- dear me, I sound like Mrs. Rivington -- anyway I've sort of bitten the hand by acknowledging the arrival, and then using up whole blog posts to proclaim "I didn't care for it much." I had reasons. In the past, the wine books thrown at me were a bit two-dimensional: all about the Authour, and his journey into wine.

Now I've received one that looks as if it will be different and very good. It is Oz Clarke's History of Wine in 100 Bottles, just published last week (April 2015). At last, here is information rather than the Authour's thoughts on himself, and it's the kind of information that really helps clarify what you are seeing on the shelves at the liquor store and why. What is sack, what is Barolo, why so many "Doctors" on German wine labels? Who was Konstantin Frank? And (I salute Mr. Clarke) he has chapters on white zinfandel, screwcaps, and Robert Mondavi. 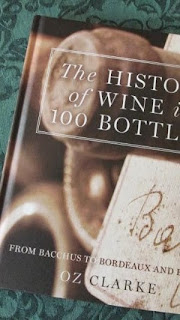 All necessary to know. This is the kind of book that is going to be hugely enjoyable to dip into at bedside, or to read straight through on a long leisurely warm spring afternoon, that is, after your move. For you see, the packing and rummaging and stacking are still underway. Meanwhile, the three most wonderful signs of spring are at their peak of, what shall I say, busyness or visibility perhaps: lilacs, flowering crab and apple trees, and robins. Now after 26 years in my ex-husband's hometown, I am not going to go out and take more pictures of lilacs, flowering trees, and robins here. For one thing I am too busy packing. But here are some examples from the past. It is going to prove odd, you know, what a repository of the past this blog will be in another week. I will be sure to take photos of my new surroundings. 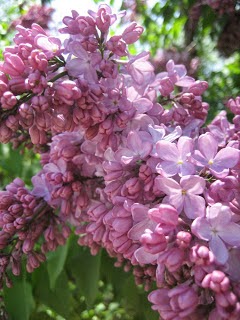 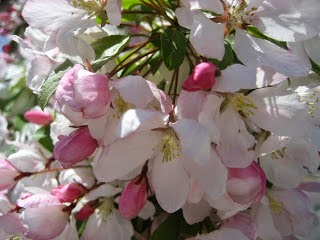 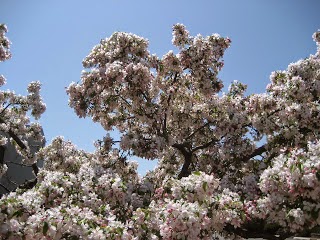 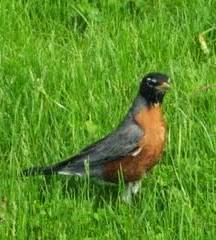 Finally, a glass of wine. For when you finish packing. Another sample from the Brancott sauvignon blanc virtual tasting a few weeks ago. Lovely for spring and summer. People really are so kind. 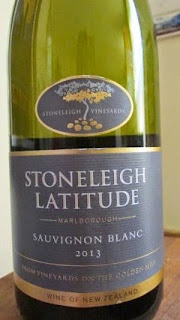 I'm in a hurry! So here are pork chops baked in cabbage and cream

I'm in a huge hurry. In less than ten days, I am actually moving, moving out of the apartment in the house where I have lived for almost 26 years, and where I raised my children, and out to a one-bedroom, third floor "walk up" -- or shall I call it a "bed-sitter," as poor Dora Bunner calls her living arrangements before she wrote the letter to Miss Blacklock -- "not a begging letter, it wasn't that" -- that got her out of them and into Little Paddocks, where the Murder Was Announced -- anyway I am moving, and so all my off days seem to be occupied with packing, and with talking about packing. But I haven't forgotten you. I want to give you a glass of wine, and a recipe for Pork Chops Baked in Cabbage and Cream. These spring days can still be rather chilly, so you might like this.

I also can't decide whether to write a novel based on the idea that Anne Boleyn escapes, makes her way to Venice, and pushes Cromwell into a canal (he followed her), or whether to write one based on the idea of a woman unearthing her grandparents' few papers and letters, and learning that her grandfather was a thrice-married black market smuggler very proud of his ability to sense when the political winds had changed and rendered his business too dangerous to follow. I bought notebooks so as to be able to simply write, longhand, whenever I want, but it seems foolish to sit down to a blank paper when you haven't puzzled out the plot yet.

Anyway, here are Pork Chops baked in Cabbage and Cream. They are from Time Life books' "Foods of the World" series, specifically from French Provincial Cooking.

You will boil cabbage briefly -- 12 cups! though that sounds like an awful lot -- drain it, and then in a separate pan saute one chopped onion and two diced cloves of garlic in half a stick of butter.

Then you will brown four or five pork chops, nice thick ones, in another two or three tablespoons of butter or olive oil. 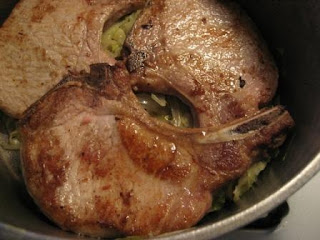 Remove them to a plate, and deglaze that pan with a half cup of white wine.

Pour the wine and all the scraped deglazed bits into the drained cabbage, and then blend in the onions and garlic. Layer this seasoned vegetable mix into a large pot or Dutch oven alternately with the pork chops.

In a different small pot, heat about 1 and 1/2 cups of heavy cream. Pour this into the layered chops and cabbage. Add bread crumbs, say a cup and a half, mixed with perhaps a cup of grated Parmesan cheese. Bake, covered, 1 and 1/2 hours at 300 F.

Serve forth with buttered noodles or boiled or mashed potatoes or just about anything nice. Your accompanying wine will be any nice white of your choice, don't you think? I recommend what I had in my pantry, 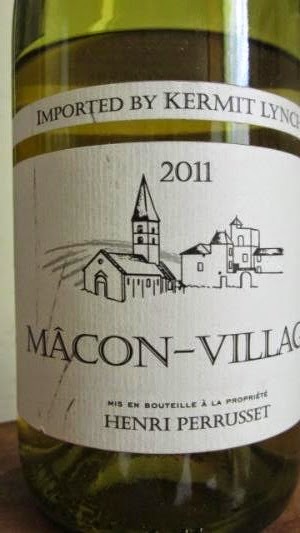 2011 Henri Perrusset Macon-Villages, crisp, delicate, and light, suitable for cutting through or standing up to all that rich cream and cabbage and garlic. I know a person who delightedly agonizes over any and all food and wine pairings. "A zinfandel? With lobster ravioli and spinach?" he said to me the other day. He cocked his head on one side, interested. "I would think it would depend on the sauce. A spicy zinfandel, now, I don't think that would work for me ...."
at May 05, 2015 2 comments: