My own new "meme" for the New Year 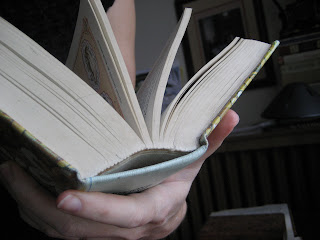 When modern Western women complain about long-standing sexism in society, I sometimes want to lift a dubious eyebrow, and then glance meaningfully at something like Isabella Beeton's Book of Household Management, published in London -- apparently by the family firm, S.O. Beeton -- in 1861. A sexist society, a woman trapped in a sexist society, does not just vomit out an achievement like this.

I glance at it meaningfully, that is, assuming I've found it. My local library has a facsimile edition of the book, printed in 1969. It is just about two inches thick, its pages closely printed with Victorian-looking type, and all bound in that wonderful, rock-hard, plain reinforced library binding that sets an antique book-collector's pulse a-quiver. My, what have we here?

What we have is a massive "modern" cookbook, whose recipes include exact amounts for ingredients, plus estimates of the time and expense required for each dish. There are many illustrations, both color drawings and woodcuts. There are explanations of all foods and where they come from; Mrs. Beeton, I think, was still heir to a scholarly tradition which insisted that anyone demanding the public's notice in a book lay out for it the most fundamental proofs of intent to attack the book's subject with absolute thoroughness and understanding. "The exercise or diversion of pursuing four-footed beasts of game is called hunting...." Well, yes, it is. This, mind you, only comes on page 508, after all the chapters on soups, fish, and meat, and before the chapters on vegetables, puddings, breads, and bills of fare. Before all that, she started her book with chapters on the role of the mistress of the home ("the treatment of servants is of the highest possible moment"), and she concludes it with information on the duties of these servants, on the upkeep of the stables, on child rearing, on when to summon the doctor, and at last on "legal memoranda."

It is all a breathtaking accomplishment. One wonders if, like Shakespeare, there was anything this woman did not know. She is, for example, the first author I have happened to come across, who has made me understand what poaching was -- not poaching in the sense of cooking an egg, but in the sense of killing someone else's wild game illegally. Poachers, it seems, were the drug dealers of previous eras. They supplied something which the wealthy wanted, and which could only be bought, because all wild game lived perforce on noblemen's estates and therefore was construed to belong to them as the gift of the sovereign from whom they technically held their lands. If you were not a good friend of the Duke of Soandso, to be invited to his country house for a haunch of venison brought down by his people, then you had to buy the product. From somebody. The law's penalties for poaching were "very severe," Mrs. Beeton acknowledges. And they "will never" work. With hard-headed sense she writes that the wealthy but socially unconnected will have their game, and thus must continue to encourage poaching, "which, to a very large extent, must continue to render all game laws nugatory as to their intended effect upon the rustic population."

One of the delights of an old cookbook is the information provided about basic, almost medieval- style food preparation and preservation techniques which we no longer have to bother about. The human race probably took a long time learning this, learning how to eat safely: perhaps it is just as well that it is written down somewhere, for what will become of us if the good people at the sausage-making and jelly-making corporations should forget why they do what they do? Mrs. Beeton knows how to smoke and pickle meat, how to take the cream off milk -- it must be put in a shallow pan, because cream cannot rise through a great depth of milk -- how to gut a freshly killed suckling pig, how to dry cherries.

She also seems to know everything about every other household task, event, or problem which may arise. She knows the duties of a maid-of-all-work (they started their careers at age thirteen), how to iron a lady's fine clothes, under what circumstances the cook should also help make beds, and how to pay "calls." Is it a condolence call? A visit of friendship? A morning call? And be warned, you young people. An introduction at a ball does not count as a proper introduction. No gentleman, afterwards, has the right to address a lady. "She is, consequently, free, next morning, to pass her partner at a ball of the previous evening without the slightest recognition." Probably a most wise rule.

Mrs. Beeton has also been deep inside the nursery and has seen things, in this era before modern medicine, that most of us have, again, been spared. Of course she knows the trouble that young mothers have with their early experiences of breast-feeding -- keep the nipples dry afterward, and get a breast pump for the excess -- and she is adamant against the practice of bringing the baby into the parents' bed. It is an invitation to accidental smothering. But she has also seen babies die, of the mysterious causes that seem to have killed so many in their first hours, causes that responded to no treatments whatever. "Sometimes, however, all these means will fail in effecting an utterance from the child, which will lie, with livid lips and a flaccid body, every few minutes opening its mouth with a short gasping pant, and then subsiding into a state of pulseless inaction, lingering probably some hours, till the spasmodic pantings growing further apart, it ceases to exist."

But the bulk of Household Management is its recipes. Are any of them worth following today? Although a calf's head complete with palate, eye, tongue, and brains, will surely never be brought to a table again, I think quite a few of the less gothic recipes are worthwhile. What is daunting about her book is the amount of food she expects to be served at any and every meal. This is the age of servants, we must remember. A "plain family dinner" for November, for example, is fried soles and melted butter, roast leg of pork with apple sauce and vegetables, and macaroni with parmesan cheese (this whole menu constitutes item number 2110 -- Mrs. Beeton has the book arranged brilliantly thus, with every new paragraph, recipe, or piece of advice numbered. Number 2152, for example, specifies "Beverages not to be forgotten at a picnic." She lists six bottles of claret just for a start. Don't bother with water, you can get that anywhere.)

Anyway I don't know if I am equal to dishing out all that one plain family night soon, but many of her individual recipes are simple and worthwhile because in this era before refrigeration, convenience, and waste, she made great use of leftovers and of single, seasonal ingredients. Her baked tomatoes under butter and bread crumbs sound very good (No. 1158). So does her leftover beef stewed with gravy and three bunches of celery (No. 667). Some of her recipes are painstakingly professional, like No. 1350, a casserole of rice which is baked with pieces of bread in it, to hold open places which will then be stuffed with meat "ragout" when the casserole is done and the bread is removed. Some of her recipes show an imagination -- or a use of seasonal, cheap ingredients -- that I have never seen before (No. 1397, "A pretty dish of apples and rice"). And then as you flip along happily through the book, you'll come across things like the addendum to item No. 1627, in which the authoress describes what sounds like lactose intolerance. Or the addendum to No. 451, (about pickles) in which she says that really the mark of a thrifty and accomplished mistress, as opposed to the lady "to whom these desirable epithets may not honestly be applied," lies in her arrangement and labeling of the things in her store closet. It is such a saving of time and trouble to be able to lay one's hands instantly on what is wanted.

True enough, though nowadays we flatter ourselves that liberated women have more important things to do. I wonder. Until our own era produces another Mrs. Beeton -- Madeleine Kamman comes close -- I think I'll flip happily through her massive tome, and go on wondering.
at January 26, 2014