When last we explored the White House Cookbook, it was to peek in at the wedding lunch of President Grover Cleveland and his very young bride, Miss Frances Folsom, and to admire the White House's taste in wines circa 1887. They served Chateau d'Yquem on that fine day in June, you know. And we vowed that we would move on and actually cook something from this once most popular of American cookbooks. Lemon Dumplings with Wine Sauce sounded interesting, though I did and do wonder if President Cleveland, with his yearning for "a Swiss cheese and a chop" instead of "the French stuff I shall find" would have considered this treat aggravatingly outre. Never mind. Let us pretend we are a civilizing influence on him, and attempt them.

Mix together in a bowl: 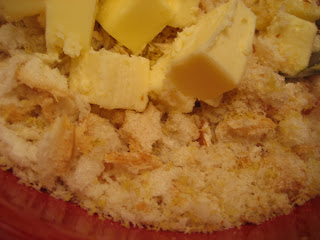 When you have mixed all of the foregoing nicely -- noting in passing the thrifty 19th-century use of bread crumbs, the better to save white flour for more important uses like more bread -- then, add to the mix 2 eggs, well beaten, and the juice of 1 lemon.

"Stir. put into small cups well buttered, and tie them down with a cloth dipped in flour." 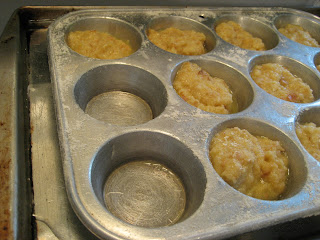 Now here is your challenge. Who among us anymore owns the equipment needed to boil a dozen little ramekins together, each one neatly tied down? It requires a pudding mold to be sure, but not the sort available, for instance, at Amazon.com right now, which seems to resemble nothing so much as a solitary glorified Bundt pan. What does one submerge it in? Anyway our recipe assumes we are properly supplied late Victorian householders, and it moves swiftly on to technique, and to severe admonitions. "Remember that a boiling pudding" -- which a dumpling in a way is -- "should never be touched after it is once put on the stove; a jar of the kettle destroys the lightness of the pudding. If the water boils down and more must be added, it must be done so carefully that the mold will not hit the side of the kettle, and it must not be allowed to stop boiling for an instant."

Yes ma'am. All I can do is assure Mrs. Gillette, our author, that I do know what she is talking about, sort of. Years ago I used to make Boston Brown bread, another old-fashioned steamed pudding requiring a mold and kettle, by improvising with a 1 pound coffee can, tin foil, a piece of string, and a wok with a big dome cover. The bread steamed three hours inside the lavishly buttered can, which joggled merrily in a few inches of boiling water in the wok, and it was delicious when unmolded, cut through with the string, the slices spread with more butter and served alongside Boston baked beans. All in all this made for just about the best use I ever found for a wok, since I'm sorry to say I stand unimpressed by stir-fry cooking.

Lacking all proper supplies now however, I put the lemon dumpling batter into muffin tins, set that in a jelly roll pan, and let it boil as carefully as possible on the stove top. Covered with the "flour-dipped" cloth, which got soaked in the whole process. 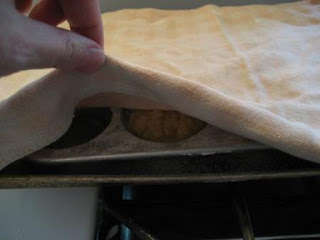 "Turn out onto dish and strew with fine sugar." Gladly. 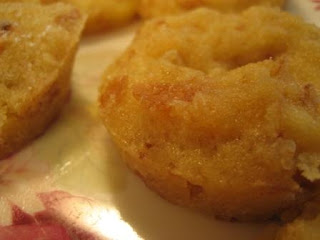 Make a smooth paste of 1 scant tsp cornstarch and the same amount of cold water. Add:


Boil 10 minutes. "Remove from fire, stir in 1/2 cup brandy or wine when cool. The sauce "should be as thick as thin syrup." 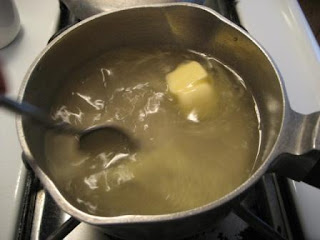 For all this effort it seems only honest to point out that in 1887, lemon dumplings would have been, not dessert as we might expect, but likely a gentle, delectable accompaniment to the chicken course (number 7 or 8) of a 10- or 12-course formal dinner. Before savoring them, we Mrs. Cleveland's guests would have already eaten the oysters, soup, fish, roast, entree (glazed sweetbreads, perhaps), vegetable, and poultry. After our dumplings, we would pause briefly for the sherbet, and then go on to game, light vegetable salads, then fruits, ice creams, cakes, desserts, bonbons, and finally, always, always -- "crackers, cheese, and cafe noir." Plus all the correct wines and liqueurs.

And for all this effort, let me testify that these dumplings are delicious. If you could fit them into a no-holds-barred weekend dinner, or even use them to eke out a weeknight meal of leftovers, you might get a faint whiff of a memory of how complex and satisfying another era's meals could be. 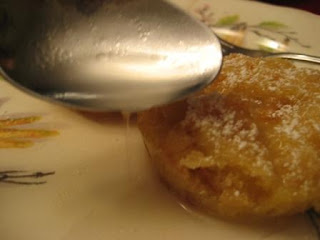