My third (I think?) Barolo

Picture this: the upstairs office. The big wooden table. The blue sky up in the skylights, the sun shining in the east windows, the slim lovely Italian woman with the messy ash-blond curls, the fetching lisp, the delicate brows and the skin of I-cannot-tell-you-what-perfection: its smoothness and faintest mocha color calls to mind a chamois skin -- but no, that's for waxing cars, that's all wrong -- perhaps then it calls to mind gloves, silk lined and described as "buttery soft" in old catalogues. One imagines a gloved hand softly touching that skin  And why is it that European women can wear the plainest clothes and look completely sensual? I vow to you that she had on olive green pants, plain beige ballet flats, a crew-neck white t shirt and a bright green sweater over that  Sweater sleeves pulled down to the wrists: no fussing with them and no exposure of flesh.


Together we and the nice salesman tasted five Italian wines, the third of which was a luscious California-style nebbiolo (the grape) called "Bricco Magno." I exclaimed over it partly with relief at being able to recognize a flavor profile I knew. And I am sure she knew that. Yes! I thought. Fruit bomb! "Wow, that is good." What wine should taste like -- now this I can hand-sell.

The fifth wine, well. The fifth wine that morning below the skylights was a Barolo. As with my first Barolo and as with my second, I was mystified and underwhelmed. Remember when my former boss and I, equally inexperienced, thought that a Barolo resembled only "a weak pinot noir"? And remember when our esteemed colleague with thirty-five years in the trade shook his head patiently and said that was because "it was too big for us"? By now I can recognize the sugariness and thickness of "fruit bomb" New World red wines, but still I must admit I like most of them unless they topple right over into peanut butter and jelly territory. (Try Concannon's "Crimson and Clover.") The Barolo, now ...

The Barolo was light, thin, and clear. If it possessed a certain something which the lesser wines of the day lacked, I suppose it might have been a flavor that was not just sweet and rich. It might have been a depth or length of interest that was not just fruity. It's awkward to appreciate or put into words the taste of a wine that seems underwhelming but that you have always been assured is beyond the ordinary. As we were leaving the upstairs office I threw caution to the winds and asked the lovely, buttery-skinned Mika why it is that a Barolo is considered "bigger" than a California wine that is all stewed plums, spice, and port-level alcohol.

"It's big but it's elegant," she lisped promptly, and so I had to think about that.

What other things might be called big but elegant? And what is the opposite of elegant? -- tacky. It seems such a harsh word. (Note however that it also means sticky, as in, from a spill of something sweet.) Perhaps let us say, overripe. 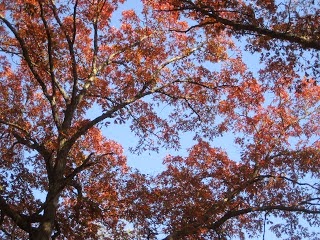 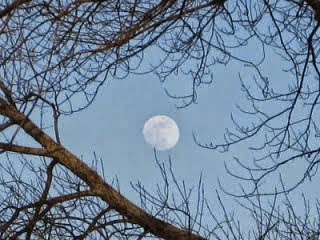