History in the basement/Borden's Peanut Clusters, 1941

My mother was twelve and a half.  My father turned eighteen the week before. Very likely their parents and households, living in the Chatham/South Shore neighborhoods of Chicago, took in a copy of this paper: the Chicago Daily Tribune. 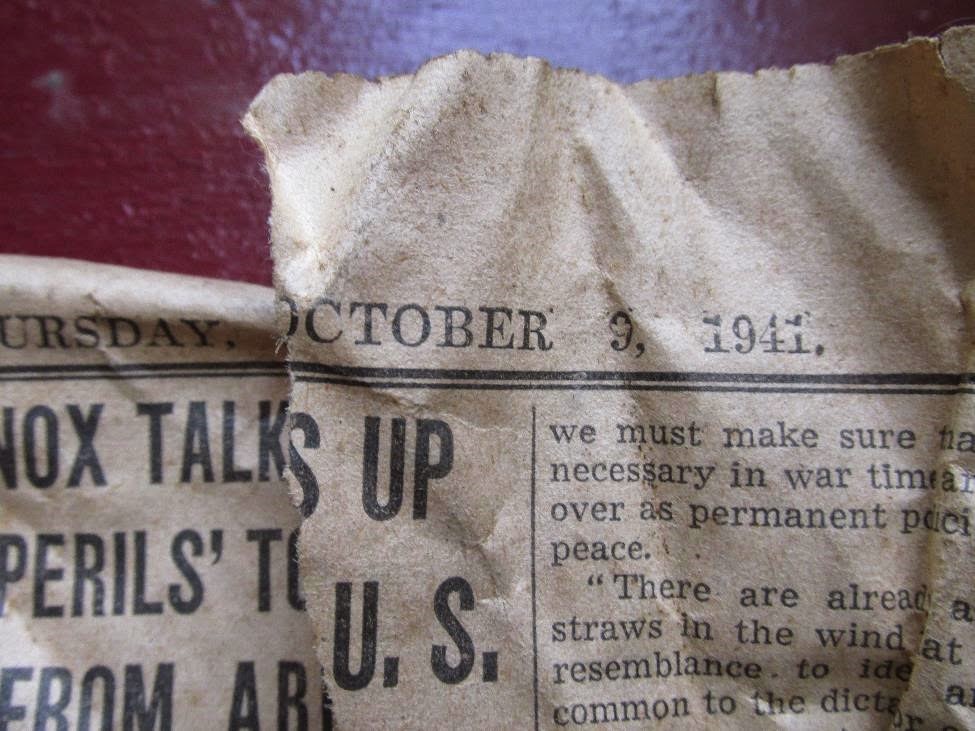 Someone in the house I live in, in what are now the far southeast suburbs, used a sheet of the newspaper that day -- I presume -- to line a drawer of a (really magnificent) sideboard. It's a great heavy piece of furniture, I don't know my woods but I think it is made of something better and redder than oak, of simple and very austerely (maybe even clumsily) curving thick side panels, two deep recesses, and a central tier of four plain drawers. The whole thing is about eight feet long, the top a foot and a half deep. One imagines Sunday breakfasts of eggs and sausages laid out in silver salvers here; but perhaps the great hulk merely displayed the family china. The handles on the drawers, simple metal loops clearly "all original" as antique guidebooks say, are falling to decay. When the house was the only farm around, this sideboard must have been among the family's prize possessions.

What it must weigh! Who decided it was too great and ugly for use, and put it into storage in the basement? When? When was the last time it was moved? For twenty-five years now, one of the recesses has held a large, stuffed glossy bag, which looks for all the world like something you would collect grass clippings in. Twenty-five years ago, my mother was sixty, my father just turned sixty-six. I moved in as a young newlywed looking forward to starting a family. I spotted the old crumpled newspaper in a half-open drawer even then. 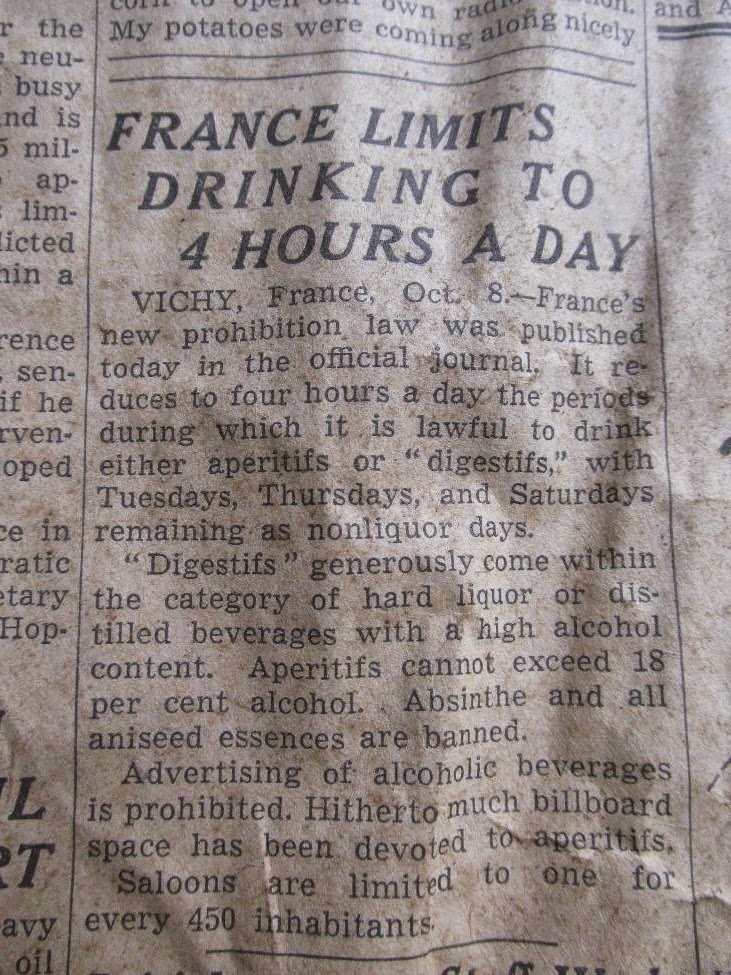 Why on earth Vichy France decreed that one may only drink aperitifs and digestifs for four hours a day, and never on Tuesdays, Thursdays, and Saturdays, is beyond me. Note that wine and beer seem not to have been a problem. Perhaps the information was simply totally garbled in translation, or perhaps there have always been French killjoys, and collusion with the Germans brought them out.

Below, a finely sketched lady contemplates, or "is romantic." It's a refreshing look in advertising, isn't it? -- accustomed as we are to full-color photographs of endlessly smiling maniacs. The perfume is "Houbigant's Chantilly." The lady wears gloves and carries a fan, but has her hair tied up in a strangely juvenile ribbon. I had thought we were to understand that the ball is over, and she is preparing thoughtfully for bed, but why would a lady keep her gloves on that long? Possibly the hair ribbon was not juvenile at all, but was rather the latest in fashion. 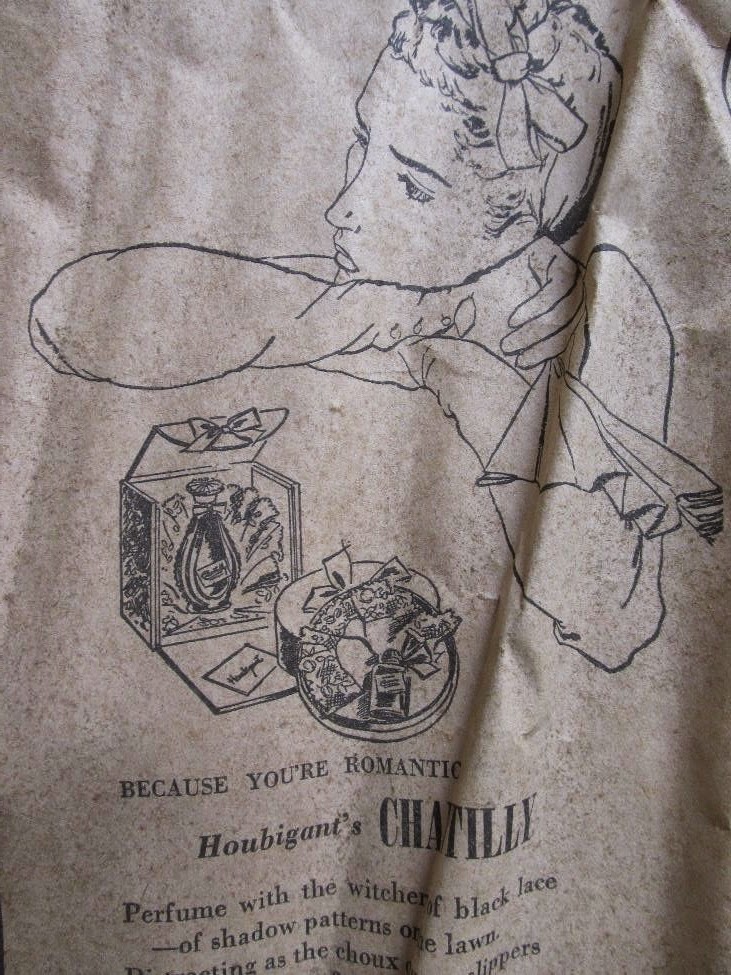 Below, one crumpled page, entire. Look carefully and you may also spot a tiny beer ad -- it's near the windmill -- and some good looking shoes. 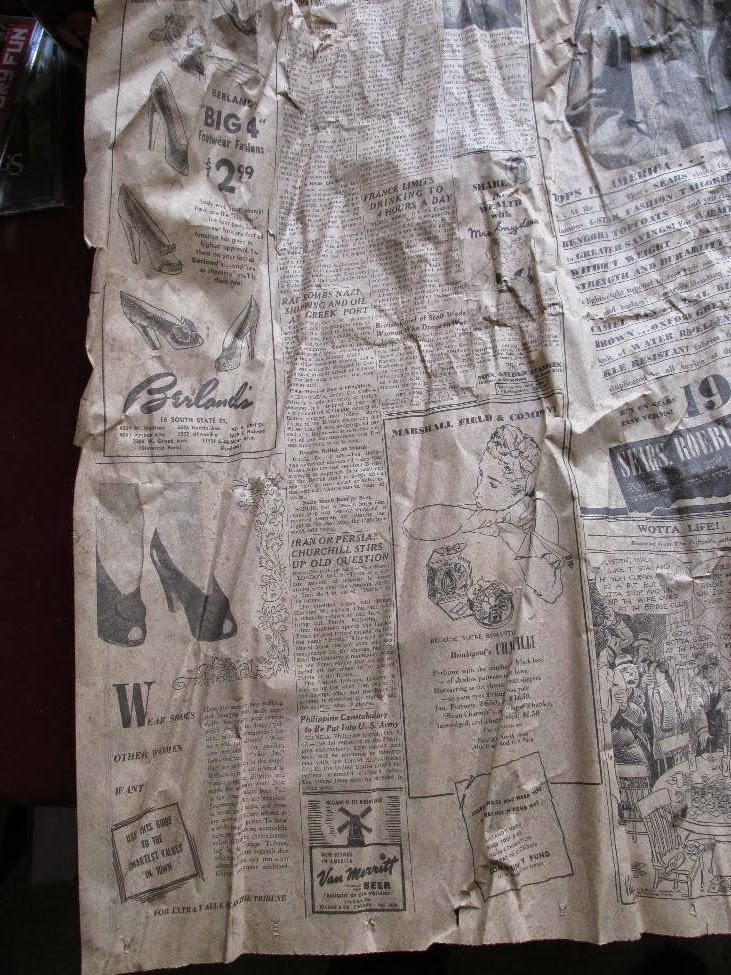 On the other side of the sheet there is one big article about the war going badly for the Soviets against Nazi Germany. Elsewhere one finds little blurbs about Churchill refusing to call Iran anything other than Persia, and about George Burns and Gracie Allen opening a new radio show on WGN that night. Otherwise what we have here is the back end of the paper, mostly ads. Liquor for $4 or $5 a fifth, a man's "topcoat" for $19.

Now in the intervening twenty-five years while the sideboard sat, the children have grown up, mother is 85 and dad died nine years ago. I dig up the paper from that jammed drawer and photograph it and write about it, because after this long time renting from (now ex)-in-laws, my goal is to live somewhere else by next year. Time flies, apartment hunting solo will be a new experience, moving is hectic. So this is just a little project that I did always want to take care of.

And, yes, there's a recipe. Please try some really retro Peanut Clusters, from 1941. Just think, since printed material has a copyright life of 75 years, if I had waited only two more years I could have safely proffered this creation as if it were my own. As it is I am content to credit the Borden milk company, by way of the Chicago Daily Tribune of that day. I would, however, suggest substituting dark chocolate for the sweet chocolate called for. Look at the amount of sweetened condensed milk required, and you will understand why. 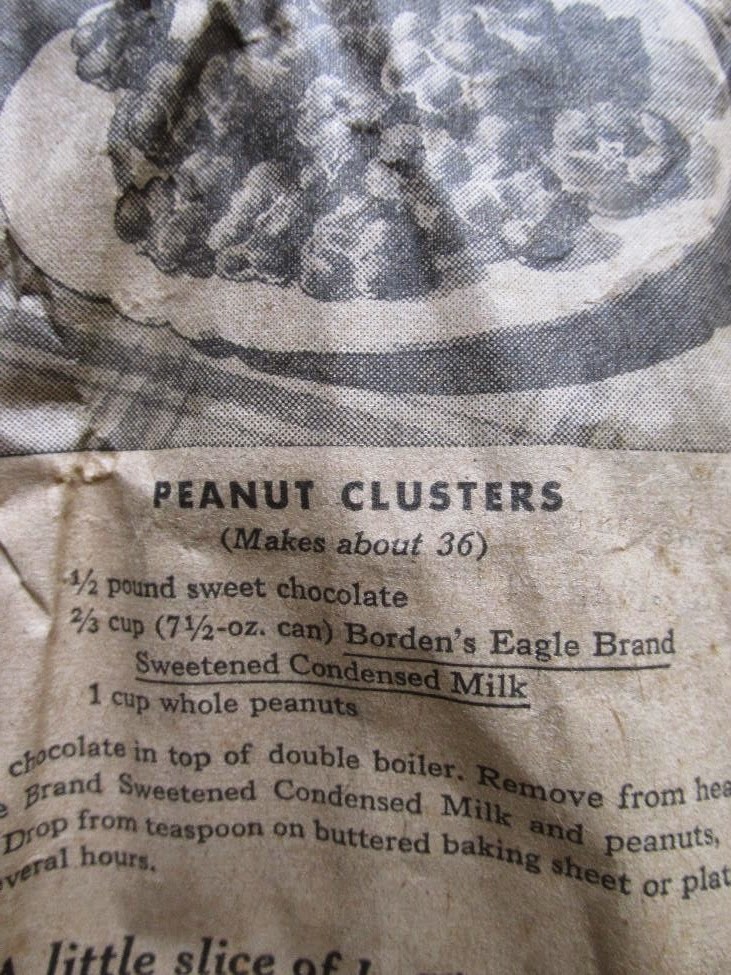 Melt chocolate in a double boiler, then remove from heat and stir in condensed milk and peanuts. Drop from teaspoon onto a buttered baking dish or plate, and let cool and solidify for several hours.

There is this, too. 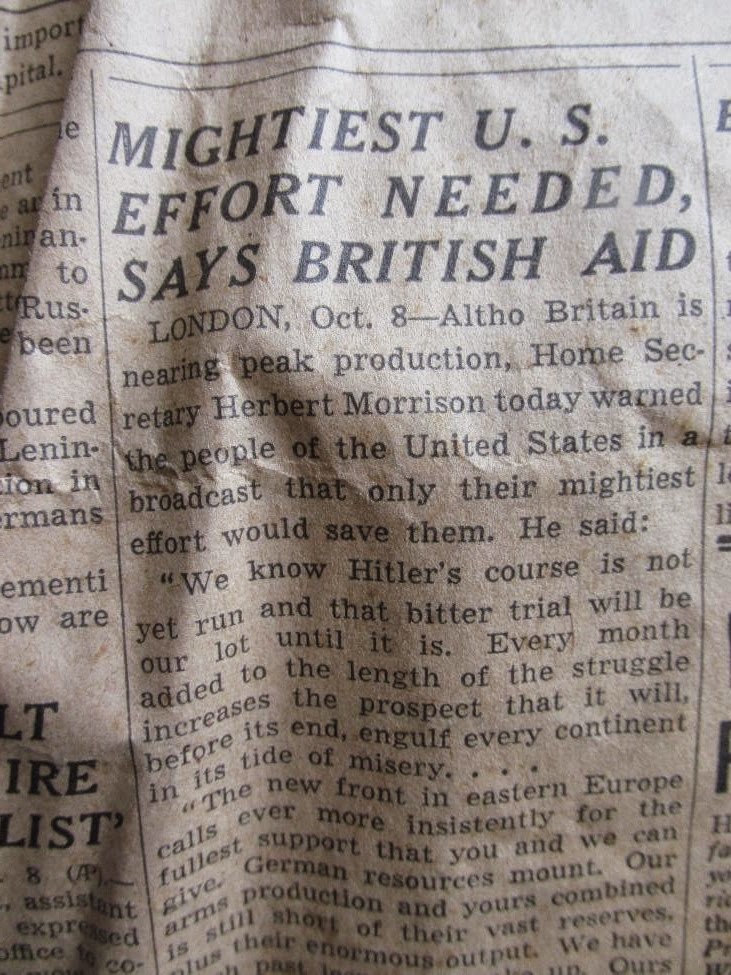