Retail rant: among the top 5 worst Christmas songs (plus a cocktail) 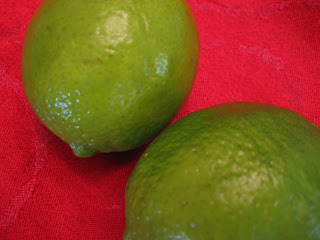 They used to play over the radio at a former workplace, you see, and so one became slowly irate. I am sure I could make a new list for the new workplace. And why yes, these are in order.

1.) Etta Jones, "It's Christmas time." A maundering voice screeches and drones on, rather like a vaguely lecturing teacher, about "peekin' out the window," ting-a-ling-ling. Maundering trumpets try to make some sort of desultory melody to fill in the blank spaces. Very, very bad.

2.) Lena Horne, "Jingle Bells" -- Lena of the fierce smile, fierce eyes, hard face, harder voice. When she sings about not knowing where she is going on her sleigh ride -- "with my baby by my side, I don't really cay-uh" -- one is reminded of wintry Russian stories about the bride being thrown off the sledge to the pacing wolves. In this scenario, Lena is the fierce-eyed chucker-out, not the bride.

3.) James Brown, "Santa Claus (go straight to the ghetto"). Tough call. What he does isn't music, yet one can't ignore the screams.

4.) Brad Paisley, "Santa-looksa lot like Daddeh." Santa-wasa much too thin. And he didn't come down the chimney, so momma must have let him in. As Miss Mapp would say, such a new idea.

5.) Brenda Lee, "I'm gonna pop-pop Santa Claus (with a water pistol gun)." Squirt, squirt! Storied career or no, in my house we call this performer "the swamp child in a bottle," because that's what the voice sounds like.

I feel better. Enjoy a new cocktail, the Honeysuckle. The honey does give the drink an unusual flowery character.


Shake all ingredients with ice in a cocktail shaker, and strain into a cocktail glass. Have two, depending on your schedule.
at December 11, 2014