Brown and gray, or -- another essay (a try) at fashion blogging

We tried this once before, and now we're going to try it again. In a small camera, combine:
My favorite fashion bloggers are beautiful young things who never tire of snapping and posting photographs of themselves in their latest "street style" or vintage mixes. Since I recently unearthed from the back of the hall closet a small tripod for my camera, and also found instructions online for the camera's self-timer capability, I can more or less mimic their technique. They seem to do lots of the downcast-eyes thing. Also some artful, sort-of-caught-off-guard "candids." 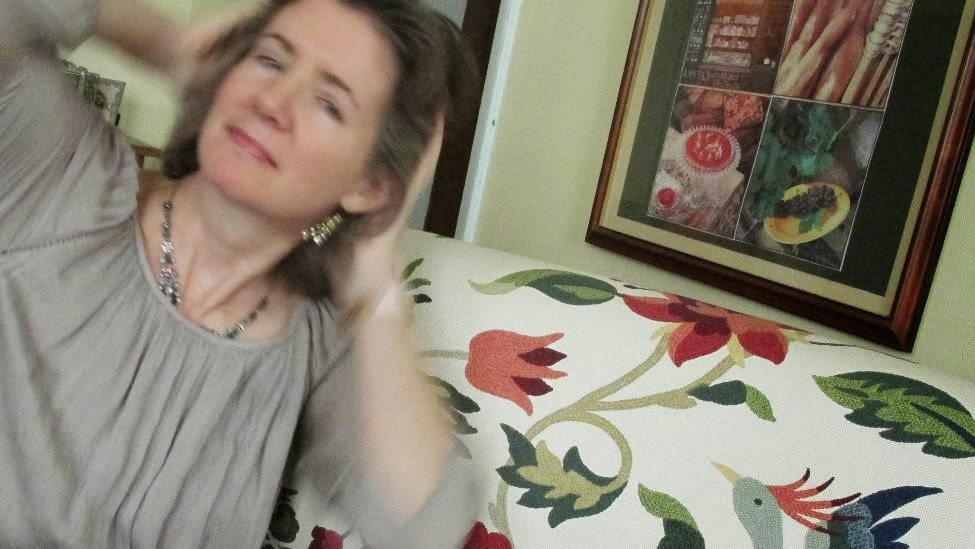 In the next photo, below, my point was to show (sort of) the boots. I'm always amazed when, in professional spreads in Bazaar or Vogue, even though I don't take in Vogue anymore because it's too fawningly leftist, things you can't even see are credited. A manicure; a barely glimpsed ring; a watch, "Kate's own," or "Gwyneth's own." My watch is my own, my favorite Anne Klein pink porcelain with the 52 tiny crystals all around the face. "I love it to pieces," as the fashion bloggers say.

The day was one of those utterly dolorous, brown and gray early winter ones which some people find hateful, but which I think you can make the best of, "if you approach it in the right spirit" as Georgie says of planchette in Mapp & Lucia. Think not of hopelessly vanished summer weather but of cozy fires, smart hats, of steaming pots of tea and English novels read by lamplight. Interior voyages to stormy moors and mysterious gray castles and things. Anticipate the warming glass of port before bedtime. If you are like me, you will have spent last evening listening to a live-streaming re-broadcast of Maria Callas singing Norma at La Scala in 1955, strangely mesmerizing and soothing, plus reading -- on another open "tab" -- about the Cathars (because Joan Sutherland once sang Esclaramonde, and who on earth was that? We must know). So you see even on a day of brown fallen leaves and gray skies, you will have plenty to think about. One thing you might think about is that the beautiful young fashion bloggers tend to live in Portland or Seattle, where they can go out and set up their tripods on Puget Sound or in front of some temperate-climate rain forest bursting with ferns and redwoods. I live elsewhere. 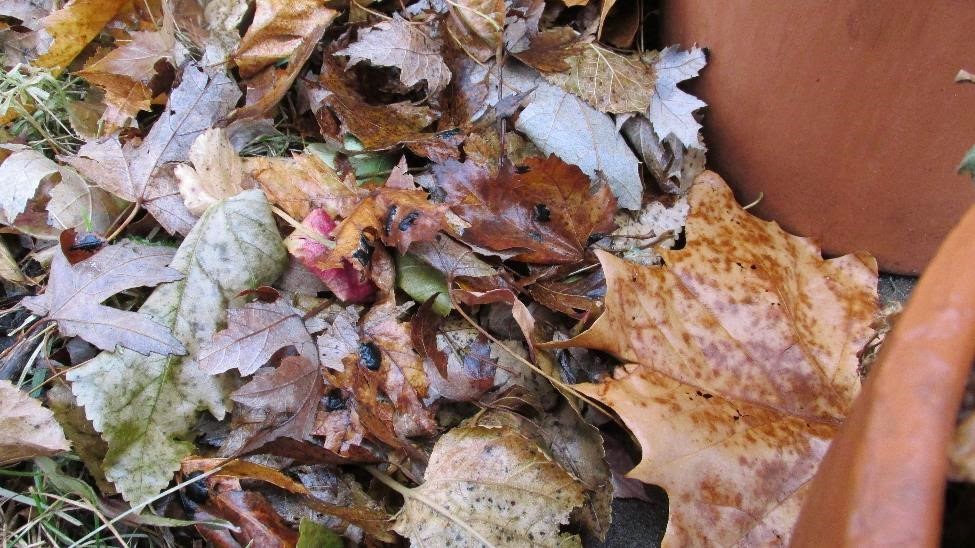 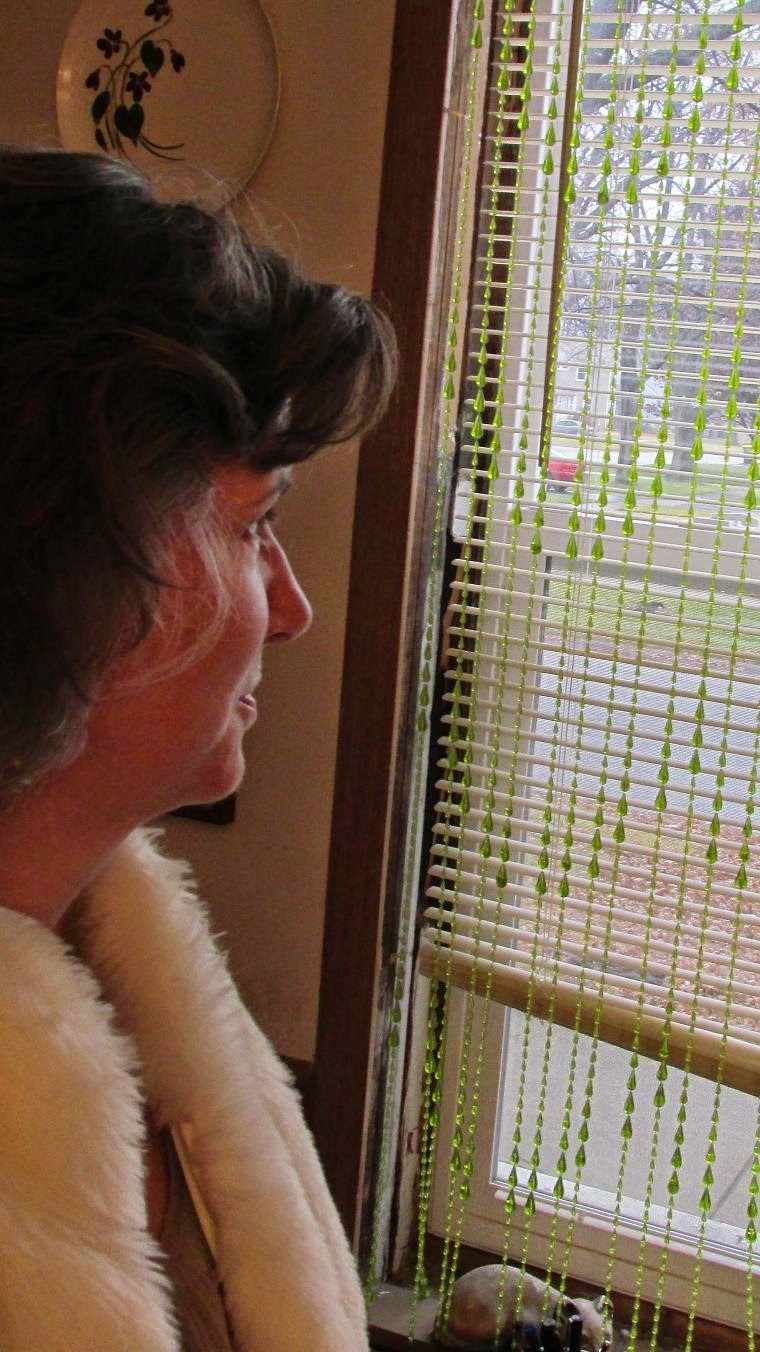 Now we come to the hat. Victorian Trading. I used to be convinced I could not wear hats, my face being too absurdly small to support them as it were. However this one, called "Winter Sky," proved delightful beyond resisting. I am sorry you cannot really see the little green bird who is the centerpiece of the decoration. Only if you look very closely will you spot his small beady black eye. 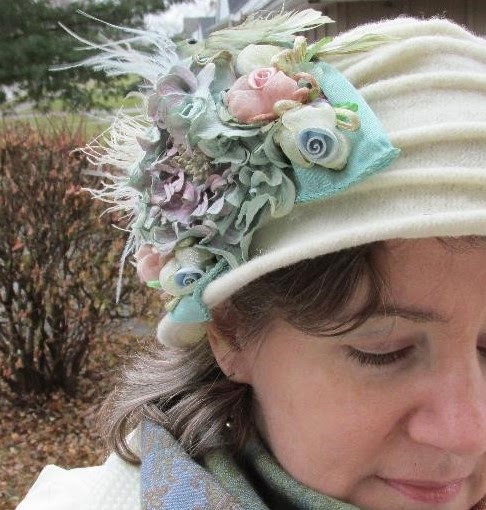 Incidentally, I wonder if at my age it is about time to start wearing makeup. Remember I'm a child of the 1970s, when everybody was natural and wore "Earth shoes" and burlap blouses. Quite an emotional handicap. It's just that I have spared you a few of today's downcast-eyes photos, in some of which the horridly liverish colors of les paupières made me look as if I were ready for the coffin. The beautiful young fashion bloggers never look like that. A bit of eyeshadow might help, only we don't want shadows, we want brightness. Incidentally also -- scarf, "Florentine paisley wrap" from the Acorn catalog, coat, Vince Camuto by way of Macy's.

For more of my favorite young fashion bloggers, go here --

Delightfully Tacky
Vixen Vintage (who on earth gets skin like that plus gets to be named Solanah? She could at least be Pam or Debbie like everyone else)
Keiko Lynn (ditto -- and she seems to be a big deal in the fashion blog world, #84 of Signature 9's top 99 most influential, for those who are keeping track)
The Soubrette Brunette
Finding Femme (a bit wacky in a pink flamingo sort of way -- you'll see what I mean when you visit)
ChiCityFashion (Chi stands for Chicago. Hey! the same gray skies as me! The same dead native grasses in the concrete planters downtown! And I've walked on that wooden footbridge over Lake Shore Drive!)

And, some heavy lifters:

The Cherry Blossom Girl -- in Tahiti this week. Black sand beaches. Black scallop bikini. Endless pictures of me, me, me, and me. But beautiful. As Nigel purrs over Andrea's lofty puzzlement in The Devil Wears Prada, "Yes, that's what this billion dollar industry is about -- inner beauty."
Le Blog de Betty.  Paris.
Cupcakes and Cashmere
The Sartorialist. Ranked at Signature 9 the #1 most influential fashion blog there is. Puzzling choice. Deeply joyless, distinctly un-wacky. You're better off with Cupcakes, or with me, even.
at December 09, 2014