It's like this. In the store the aisles of domestic red wines, especially the cabernet aisle, are a mess. It's not that the nice young fellow who takes care of them isn't tidy, although there is that. Rather, so much product is crammed into the space, so much sells through and so many new things arrive so often, that it's a tough job to squeeze it all in and still make it "shoppable," as we say in the trade. Meanwhile, the shoppers agonize over all their choices. Will this wine, or that one, taste right with this meal? Will it please these guests? "We always try one new cabernet a year." Will it be the perfect experience? What if my favorite wine has gone to a new vintage? How do the 2012s compare to the '11s?

It's not that I'm making fun, although there is that. Rather, just five steps away from these hundreds of Domestic Reds lies the French wine aisle -- two of them, both sides -- where few people venture. It's tidy. Everything is shoppable, "double-faced" as we say in the trade (two bottles of each wine face the consumer, prim and at attention). There are choices, not just among two superb grape varieties made in the two best vineyards in Napa Valley in the last two years, but choices ranging from Alsace's rieslings to the Loire's Vouvray and Sancerre to all of Burgundy's options, red and white, to all of Bordeaux's options, red and white, to all the Rhône Valley's options, red and white. Champagne has its own aisle, as does Sauternes. More of everything lies behind lock and key, in "the cellar."

There are also choices in the French aisle because not much sells through. Are you worried about vintages, or about whether a wine is ready to drink now? Go to the French aisle. You will find wines from 2005, '06, '09, look closely and you may even see an '03 or a 2000. Lots of 2010s, 2011s, and '12s of course. You can pick up a "vertical," a selection of wines from one producer made in different years, without too much trouble. As for cost, you can spend as little or as much as you like. I'm told that some of the $10 Bordeaux on the bottom shelf are actually the closely guarded and always-prestigious "futures" of yesteryear.

As for taste, now here I suppose is the nub. Why drink French wine? In a way, everyone agonizing over the exuberant mess in the California cabernet aisle is drinking French wine; cabernet sauvignon is the grape of Bordeaux and if we were to confine ourselves truly to our native grapes, we would be very moderately enjoying things like Muscadine (scuppernong) and catawba. Why not go to the source? When people hesitate, I tell them this: it seems to me that whereas California cabernets and red blends tend to coat the tongue in a delicious, spicy and lush and somewhat flabby way, French wines have a core that you almost eat. I say this with a straight face, and so far no one has laughed.

Why do they hesitate, still and always? Why is there little to do in the French wine aisle except dust the bottles? I suspect it has to do with the novice's fear (yes, yes, aren't we all) of not getting the very best of any product whose reputation, vague but mammoth, precedes it. Of course the language barrier is no help. "I have no idea what I'm looking at with all these 'Chateaus,' I'll just stick with Howell Mountain."

So I exhort you. Go to the French aisle in your liquor store. An experiment costing $12 there may please you just as much as a sure thing from the Russian River Valley of $20 or above. Remember, RRV -- as we say in the trade -- is essentially trying to imitate the French anyway. As for quality assurances, i.e. the novice's fear of wasting his money on less than the very best, I suppose it's mostly the famed classification of Bordeaux in the 1850s that freaked everybody out for generations and still does. In 1855, some guys running a World's Fair in Paris ranked several dozen French wines as the best to show off to the world. Sixty were red Bordeaux and one was a sweet white dessert wine, also from Bordeaux (Château d'Yquem). All those classed growths are still there. But Bordeaux produces 800 million bottles of wine every year (Herbst, The New Wine Lover's Companion). Don't worry about it all. Just try something new.

2009 Château de Lisennes Bordeaux Supérieur (a notch above "basic" Bordeaux, like Mouton Cadet), retail, about $13.  Curiously, this particular wine is only available, in the U.S., in Illinois. There are many other nice French wines. 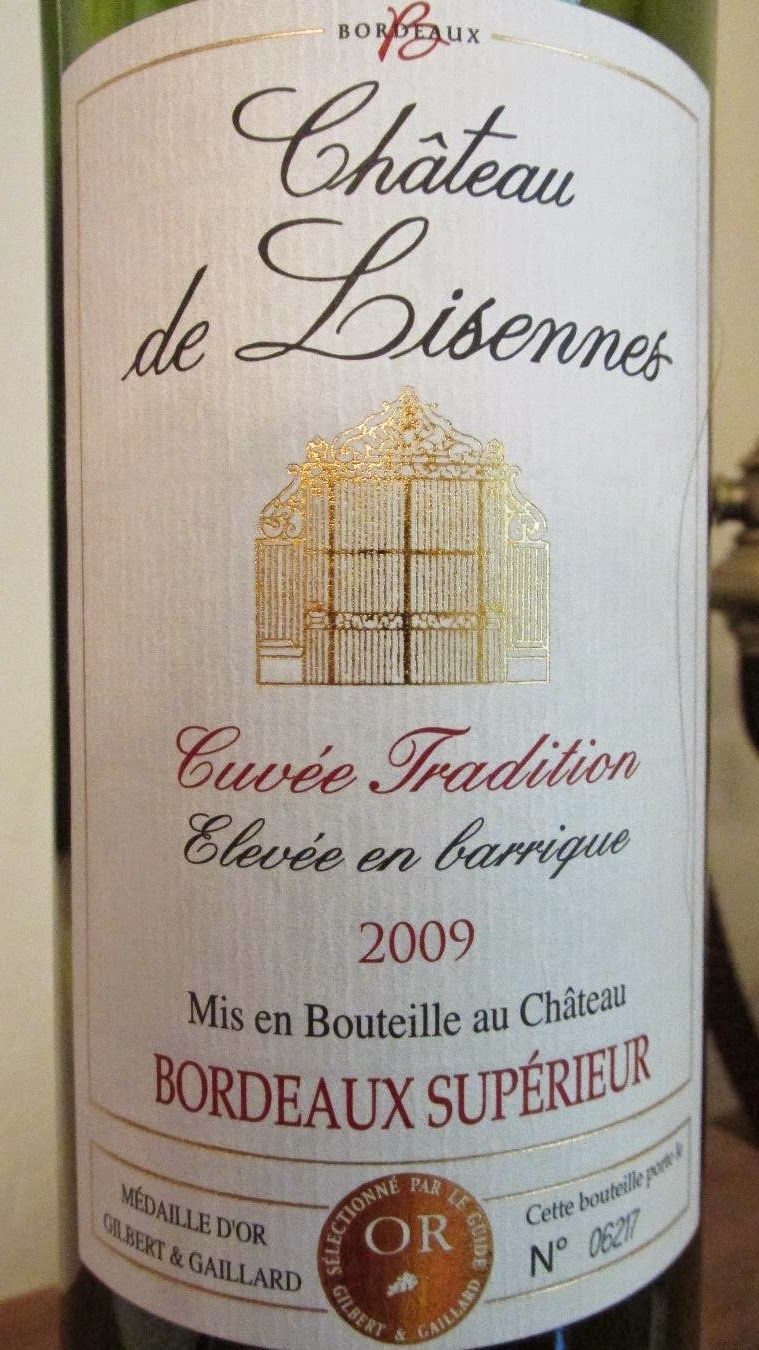