It may have been some novelist -- or it may have been me -- who said during a moment of self awareness 'he had only ever really been interested in two things, the English language and, at a distance, people.'

The part about the English language certainly applies. Remember when we discovered truth trees, and wondered about the etymology of those two words -- remember we imagined the day and the scene when the words might have taken on their meanings, when some Oog the caveman thumped a tree and made some pronouncement that he said was as firm as this? When languages develop, surely some one person, Oog perhaps or some modern engineer, has to be the first to speak a particular sound to mean a particular thing. And it sticks. "Sky." "Email." Like Adam naming the animals.

The etymologies of very basic words have always intrigued me too, ever since I learned how often it's the vital simple words, so alike in modern languages, that are traceable to an Indo-European root, or sometimes two or three weirdly corresponding roots. Like truth and tree. (It seems one must nod here to Sir William Jones, 18th century philologist, who suggested the existence of Indo European, this lost ancestral tongue.) Mother, father, cow, heart, winter (from the same base as water, or to make wet), wolf. All the numbers, one through ten. It's pleasant to think that, once upon a time, our ancestors lived together long enough, somewhere in the Caspian grasslands, for Oog's decisions on words like these to stick. Then we split up, and we became Goths or Hittites or whatever, and began calling less vital, primeval things by culture-specific names. Glass, painting, butter dish. Like the Tower of Babel.

Anyway when you look up any word, a dictionary which includes etymology will cram into the space between the parentheses all sorts of abbreviations. They work backwards in time. They go from OE, say (Old English), to G (Gothic) to OHG (Old High Germanic) to L (Latin) to Gr. (Greek) and often to IE (guess), sprinkling in also the symbol <. It means "derived from." Sometimes it's <?. That's intriguing, too. How can a word be used and spoken despite its basics being utterly unknown? Once only I happened to find a word of no derivation and having "no cognates in any other language." I presume others exist, but this one happened to be toad. Old English, all the way. It only ever meant toad.

So I thought I would devise a new project, called Twenty English Words. Let's look them up. These are the first twenty that came to mind, either randomly or because I thought they might prove simple enough to have deeps and cataracts in their background. Or possibly I was hungry.

First on the list for research is 'pink.' I look it up, and what do I learn?

No origin, no derivation, no etymology. Of course the word has definitions. It is a flower of the carnation family, a "pale red" color, it's a verb meaning to cut a cloth with a jagged scissors (a pinking shears) so that the hem will not unravel, and more. But why does the sound pink mean all these things, and why does no one know why? For heaven's sake, we seem to know shoe and sky are related ("a covering"), as are mouse and muscle (<L. musculus, little mouse, "from the fancied resemblance between the movements of a mouse and a muscle," and I am not making that up). But pink is a [<?] mystery.

When my Webster's fails me I turn to the great hero of lovers of English words, outranking even the good Sir William Jones by far I should think, and that is Samuel Johnson. It is amazing how in his Dictionary he can still fill in gaps. And he supports every definition with usage in literature; even my abridged facsimile-presentation copy crams in the explanatory annotation "-Shakespeare" or "-Dryden" with every entry. The full, original edition (1755), which scholars in BBC films are permitted to look at but not touch, includes appropriate lines from this play or poem or that. By contrast when modern dictionaries tell us shoe and sky both have to do with "a covering," we must take them at their word.


The full dictionary entry, to be found online here and what a very honorable project it was of one Brandi Besalke to scan the two original volumes in their entirety and put them there, carries on. We learn it's in Romeo and Juliet that Johnson found pink to mean 'supremely excellent' -- "I am the very pink of courtesy" -- though Johnson allows "I know not whether from the flower or the eye, or a corruption of pinacle."

I know not, either. What a nice coincidence that we also recently embarked on our project of a line of Shakespeare a day, because affectation is fun. In thumbing through the Bard, we are doing a little of what the Great Cham (Johnson) did. The BBC scholars tell us that he did not think of a word, and then painstakingly consult literature to descry usage; he browsed literature, found usage, and then assembled the word list.

"...Commanded by such poor passion as the maid that milks." Antony and Cleopatra, IV, xv. 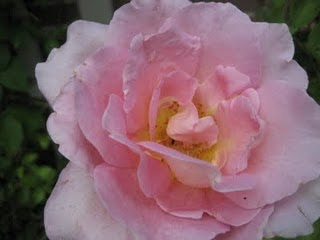