Cooking for one -- with Timpune Grillo 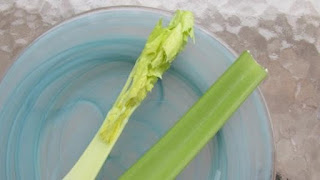 After years of cooking for a family, I am learning to cook for one. It was a bit of a shock to look into my refrigerator on that first day and see it as an "old lady" fridge -- clean and empty except for maybe a quart of orange juice and a stick of butter. "Did you cry?" my friend perceptively and instantly asked. "Yes." I've stocked up on a bit more food since then, of course.

And I've learned one or two small secrets, I think. One is, stop stocking up on so much food. A package of three pork chops is two too many, unless you want to eat pork chops for a week and a half. Of course you can freeze leftovers and take them out in future when the idea of them seems fresh again, but a wise cookbook author once gently discouraged that habit. A freezer packed with yesterday's choices and yesterday's work is not necessarily any use, she said. (It might have been Julia Child, come to think of it.) As it accumulates, and boy does it ever, the prospect of all that rock hard food can be at once so boring and so daunting that -- be honest -- we would rather scramble an egg or order a pizza than cope with it. Then the weeks go by and you forget what it all was. Even if you remember what it was, or were dutiful enough to label it, it all becomes kind of gray. Yes, you are sorely tempted to throw it out. Another month and you do throw it out. So in what way was that economical and time-saving, as cookbook authors who love the freezer promise it will be? Shop fresh, the wiser lady countered. Cook fresh. Find a way. You'll be glad you did.

One more small secret might amuse you. Since kind people bought me groceries when I first moved in, I found myself well provided with, for example, rice. So I thought, why not use one pot, on a hot summer evening, to cook both rice and that entire bunch of celery I had to buy, because I wanted celery and no store sells it one stalk at a time for single people who live on the third floor? (Gad, tell me I'm not going to become one of those elderly ladies in the grocery store, anxiously tapping the gin or vodka bottles to see which are lightweight plastic and which are annoyingly heavy glass, and making sour faces and tsk-tsking as they hunt? "I live on the third floor, and it's so heavy to carry up.") Actually they're right. Twenty-five pound boxes of cat litter are heavy, too. I've learned to choose just the fourteen-pounders. Another secret for you.

As I was saying, a side dish of rice and chopped celery boiled together is very nice. By all means substitute any vegetable for which you have a yen, but do not wish to drag out a third pot. Drizzle over your rice-and-vegetable-boil the pan juices from your sauteed pork chop and you have what Madeleine Kamman (ah hah! I'll bet it was her who warned about freezing) called "a royal meal." 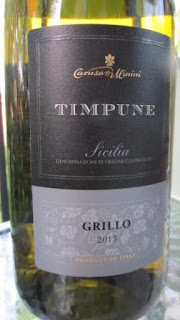 What wine to accompany? The most recent treat which kind people have sent to my mailbox is a Sicilian white, Caruso & Minini's (the producer) Timpune (a sort of proprietal name, like "Leaping Horse" or "Sunny Hills" perhaps? I must ask the nice publicity people) Grillo (the grape). The wine's aroma called to mind bread and figs, or some rich dry baked fruit, not sweet; its mouthfeel was lush and creamy, chardonnay-like without being all butter, all the time. Color, a beautiful champagne gold. I mention it because the color of a wine doesn't often strike me as anything remarkable, but this did. Bravo to Sicily, now making, or now more aggressively publicizing, wines beyond their revered Marsala. 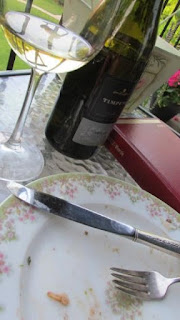