My fatheads! I cannot tell you how marvelous

How marvelous it is, that is, to suddenly learn that one's favorite, one's only vacation spot is available precisely when one has taken a week's vacation from work already. Of course, one says Yes, and books the cottage. One awakens to the dawn coming up like thunder, as Kipling would say, or at any rate to the dawn coming up like a really bright light outside a cottage bedroom window. The bedroom is done in pale cream with softly flowered curtains, and has artworks and Modge-podged puzzles of swans on the walls. Look carefully out the right-hand window and you will spy the lake and the greenery beckoning. 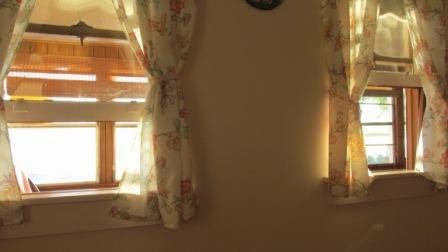 One awakens to the water lilies floating, 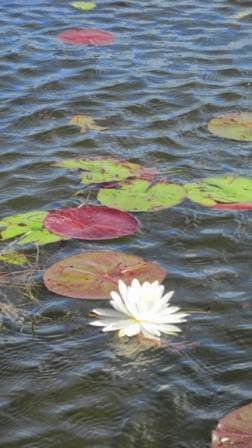 and to the timeless look of that ancient summer porch. It may sound trite, but when I first revisited this place as an adult two years ago, during an election year, I thought what a pity it was that Barack Obama never had a childhood that included so basic an American experience as a week or two at a summer cottage. It would have gone far, I should hope, toward inoculating him against some of the hate. In fact I wonder how he would cope now, if some political event required him to speak as though he knew what a summer cottage was. He can't throw a baseball and he doesn't know rudimentary poker language -- remember his gaffe-threat "don't call my bluff"? I think even if he were well-buttressed by his friendly teleprompter, he couldn't help but rush to reveal the holes in his soul. Probably mispronounce bluegill. A pity. 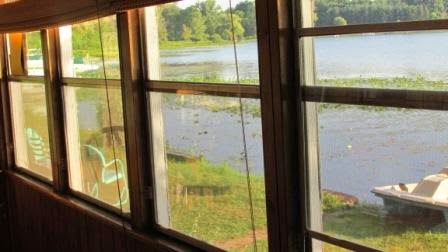 Anyway, I think also I will have to start writing a series of mysteries, featuring the detective Robin Michigan, who solves crimes, usually murders of course, in the brutal and dog-eat-dog world of ... southwest Michigan wine and tourism country.

Let us set the scene. The detective's parents, or rather no, perhaps grandparents (tempus does fugit, you know) will have been hippies who came to Michigan in the '60s after having grown disenchanted with the rigors of law school across the great Lake, at the University of Chicago. (Maybe they had a bellyful of Bill Ayers. But no. Being hippies, they might have liked him.) They decided to rebel against society's strictures, among other ways, by changing their name from whatever you like -- Brizzolara, let's say, or Porter -- to Michigan, the name of their adopted state. Robin was named for her mother Mudgeon's favorite bird. Ah, but was Robin a boy or a girl? Is the detective a man or a woman? Could we attempt to leave the reader always guessing? That might be a good "hook" for our series, provided we don't slip and start using pronouns right away. Be it known we want nothing to do with any LGBT nonsense, although I may have pre-killed any chances for publication in the lefty-wefty book industry simply by asserting so. 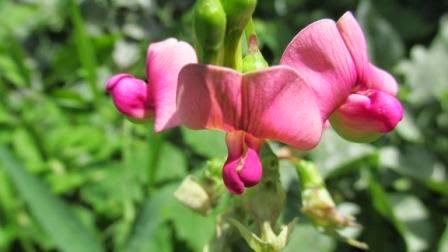 Now, what crimes can we expect Detective Robin Michigan to be faced with, in bucolic, blueberry-strewn Van Buren and Allegan counties? I seem to see (as Lucia would say dreamily) possibilities in that gorgeous yacht slowly prowling up the Black River into South Haven on a soaring blue summer day. It's the white one, with the elegant broad black strip along its side, discreetly masking its lower deck windows. Perhaps it is piloted by a winery tycoon pulling into his berth to investigate malfeasance in the account books. Or, what about the big discount store just off I-196, amid the hotels and the gas stations? I seem to see a stock clerk pulling an empty pallet back to the receiving dock, and discovering the body of the much-loathed store manager lying facedown, who had been alive and well and holding court five minutes before. Then there are possibilities in the little shacks and trailers all around the inland lakes, Saddle Lake and Little Bear and Clear and Magician, any one of which could be meth labs and all of which look like they are. Or, perhaps a famed horticulturalist could discover an entirely new species of orchid on a hike in the woods, and then when she got back to her cottage she might find all her specimens had been stolen except that one. Incidentally, below please find not an orchid but, I think, a Turk's cap lily. 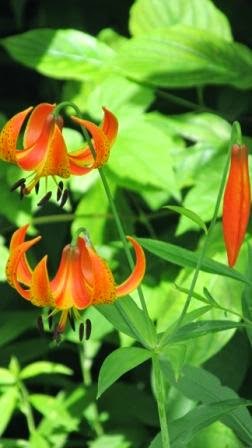 So you see, my fatheads, it is all too marvelous. Look what a few days' relaxing will do for the brain. And, one hopes, for the soul. 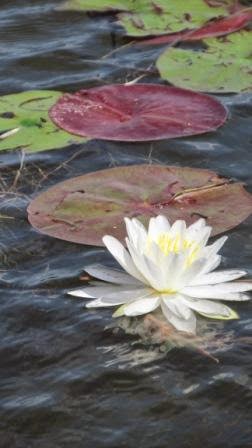 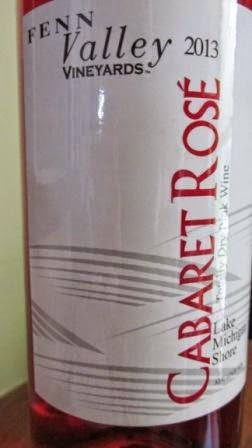