Looking at Peter --- and history -- upside down

Having spent a lifetime as an amateur Tudor enthusiast, I must say I never understood what was going on until recently. I always simply liked the very female accents of the story. "Obstetrics ruled the English court," as I put it in an essay which I thought was scholarly, at the age of maybe twenty. I liked the family drama, the sumptuous brocades and pearls, the crackling-with-emotion romances. When I wanted to get serious it used to please me to understand the differences between the Act of Supremacy and the Act of Succession. One gave King Henry VIII his place as supreme head of the Church in England; one gave his second marriage, and any children from it, full legitimacy while voiding the first even though the first wife and child were right there.

However I have learned that you have to be a Catholic to look at history, at the world, upside down -- as Chesterton said St. Francis of Assisi did -- and see it as it is, hanging on the thread of God's grace. ("We hear of the Dissolution of the Monasteries," Chesterton writes, "but never of why the monasteries were created in the first place.")

Take for example this picture. 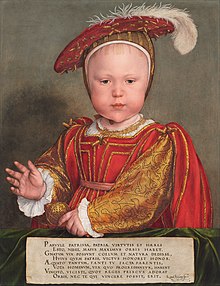 We are to look on these, even now -- and imagine if we had been his Majesty's subjects in 1533 or thereabouts -- and we are to say, ah yes. Here are our new and particular Peter(s), the Rock on which I build my church, and the gates of hell shall not prevail against it. The first portrait has the added interest of showing a young lady who came from a marriage which occurred while one party was already married. This in the days when Christendom better grasped that divorce was not just tragic but was impossible to do, because Christ said it was impossible.

It's these small things you begin to understand. History is not necessarily being a nice, thankfully linear progress to better, more rational times. Whoever said it was? you may ask. Well, maybe no one, but isn't the shock of realizing these portraits represent something baleful, a fairly good indication that we have assumed a sort of linear gratitude in our mindsets for a long time?

It happens today is June 1, the anniversary of Anne Boleyn's coronation in the year 1533. I also learned that the legal technique by which the coronation could be held and the second marriage legitimated, while the baleful hurry of her pregnancy was underway, was the Act of Restraint of Appeals. This cut "constitutional ties" between England and the Papacy so as to cancel Catherine of Aragon's right to "appeal her case to Rome," as movie scripts always have her -- somewhat mysteriously -- declaim. 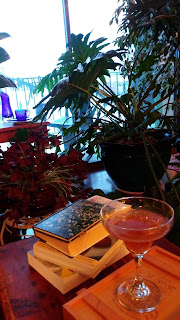