What didn't get past the summer intern: how to be a religious badass

Believers will leer in turn at this fresh groping after truisms. “Of course it’s Christianity.” But for me it makes a new thought, that what has been lost is an ability to credit the Gospels with what we have. People call Western civilization Judeo-Christian, but most Westerners are not Jews. We have also a great heritage from classical antiquity, but we’re not reading Aristotle all day. If there is any legacy that churchgoers at any rate are exposed to regularly, it would be the Bible. For churchgoers that means the Gospels. In turn we mean the life and person of Jesus, not mere compassionate teacher and nice man but Lord and Savior.

Who was he, yes what did he teach, that Islam did not, such that Christian or even Christian-informed Western (liberal) men respectfully open doors for women, and Muslim men shroud them? What groundwork did he lay, such that tearing it up means a new culture based on the holiness of abortion and gay marriage?

As for the personal side. (It is still there.) What the individual seeker wants, even if he knows enough to know things like Buddhism would be too foreign to pursue, is to “sign up for what is true.” The phrase comes from a Prager University video.

For a long time I thought Judaism must be it. The Old Testament’s stout evidence of the God who does not change his mind appealed. So did the fact of patriarchs and prophets saying things which already had a meaning for centuries, before anxious and sometimes it seems, precious recastings into a new they secretly meant Jesus mold. I liked its healthy freedom from the main pagan trope, tales of gods fathering gods on mortal women. And I have a great yen for origins, for authenticity. Show me always natural fabrics, from-scratch recipes, unabridged books. I desire to peer through the palimpsest. What was the first writing? Why was it erased?

I am sure a Catholic high school education circa 1980 helped to chop off at soil-level what was naturally a religious personality, and might even have remained a Catholic one. There is a lot to enjoy and be proud of in the supernatural pageantry of the Church and in its tactile pleasures too. All those saints’ days and litanies and solemnities; holy cards, angels, the rosary. Gregorian chant, next to which I sometimes think all music is cacophony.

But gardeners call it damping-off, when seedlings fall over and die in a moldy soil. Damping off happens, I should say, when you learn that all the Gospel stories were made up years later, to make Jesus seem like a god. Our Vatican II stands, all of it, like a break of scorched earth itself. When the liturgy admires Jews as “first to hear God’s word,” you reflect. Very well, how are they wrong? Especially when the record seems to show Jewish behavior as a group across millennia is very good, even without belief in vicarious redemption. Judaism can seem more humane than Christianity. No Jew proclaims “no man can come to the Father except through me.” There is a freedom to it: the new convert likes the expression “Israel will be vindicated at the end of time.” You can look forward to being that speck in space then, shouting “I knew it all along!” God is not Jove, to mate with women. God does not change his promises. Notice the only people of antiquity whom a Greek or a Pharaoh would recognize are, spookily, still here.

Let me add something that only occurred to me very recently. Even with these religious sums and, if you were ever a convert, more of your own added up under the credit and not debit column, almost no one would convert to Judaism today, were it not for the existence of the state of Israel. I am glad the state lives – having been brought into being without a Messiah, mind you, which was once the crux of it – but we converts and ex-converts cannot deny that Medinat Yisrael with an army and everything makes the Jew badass. That’s fun. I am talking about a generation like mine, children of World War II veterans, grown up vaguely aware of Israeli heroisms like Entebbe and the Ethiopian airlift. Further generations brought up on college BDS campaigns may never darken a temple’s door. A hundred years ago, splendid credit column or no, the Jew in turn might have seemed only cringing and Oriental and weird. For the bulk of history before that he would have seemed much worse. Unjoinable. I wish it had all been friendlier back in those days, but it was not. 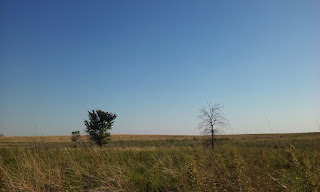