You can keep your Cabo and your Florida. Most of the time. 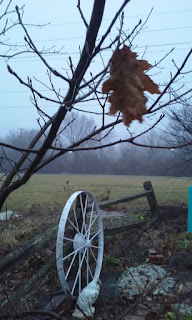 Would they be as atmospheric as this? Would they inspire you to think of Yorkshire fogs -- all right, suburban Chicago fogs -- and ravens perched on bare branches, and footsteps echoing along the stone-flagged passageway to the ruined chapel? 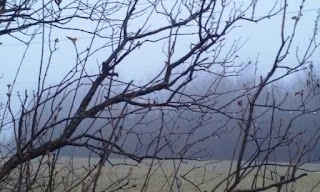 Best of all is the knowledge, amid the weird January thunder, that you have the day off tomorrow. Let the freezing rain freeze as it may. You have Elizabeth Barrett Browning's Sonnets from the Portuguese, just bought this afternoon; you have a Bombay Sapphire gin sour in your glass -- two lemons a day plus that flu shot in September seem to be keeping you safe so far; you have a filet of salmon to cook, and Hildegarde of Bingen's chants from a thousand years ago on YouTube to listen to. How she would marvel! Or possibly not. She might take it as merely the good Lord's due. 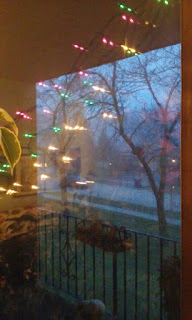 My friend has lost a friend, moving to Miami because his wife leaped at the chance for a better job, with a better future than his seems to have. My friend actually introduced his friend to the wife to begin with. She was a waitress. "I know a young stud I want you to meet." I don't know how two tough guys, forty years apart in age, who have worked together for twelve years, say goodbye.

Then again, guys are different. They're already talking about the charter fishing business they will start.
at January 13, 2017