A 1960s Zombie cocktail, and the oddness of Halloween 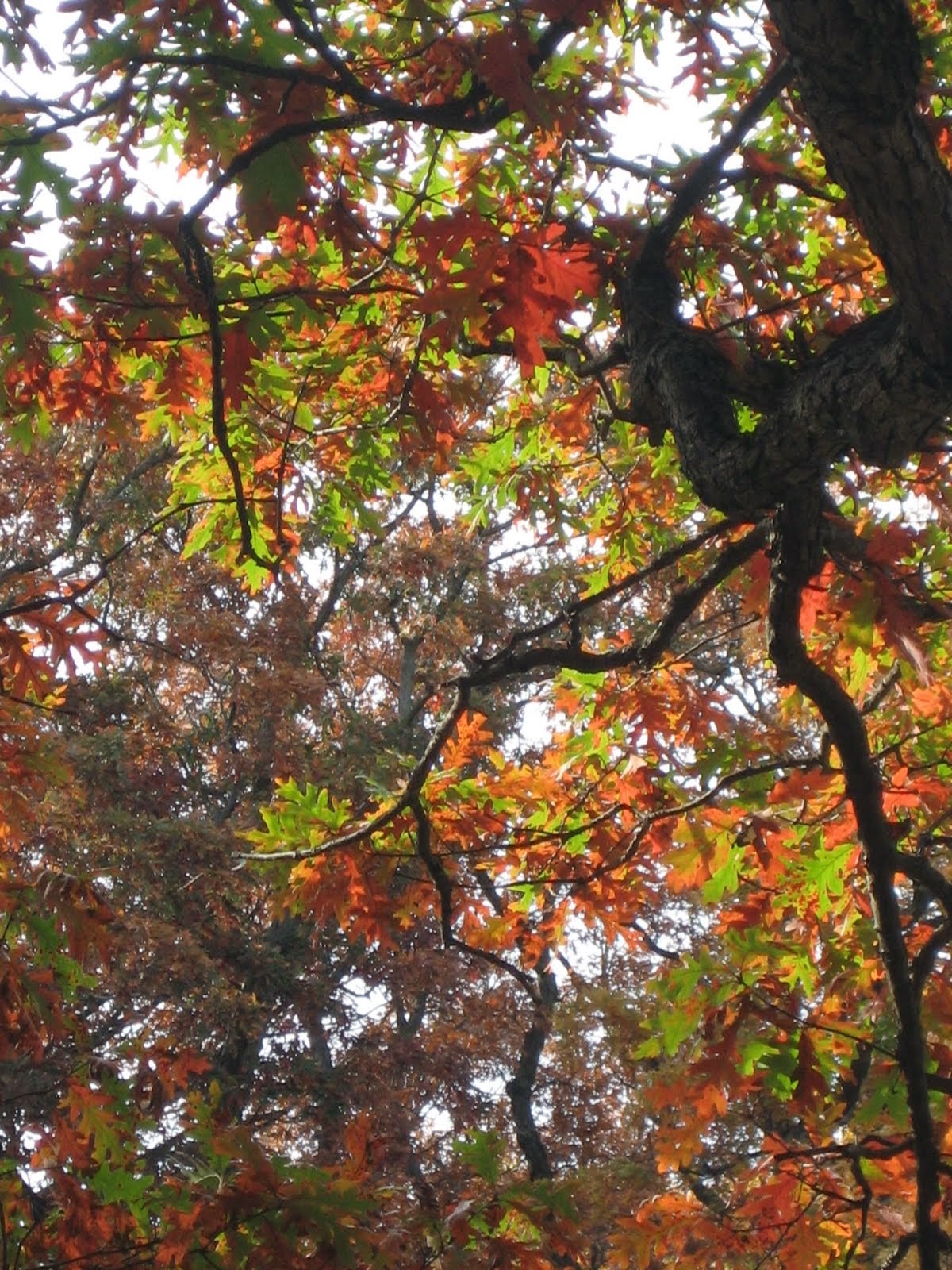 It's a peculiar holiday, isn't it, this Halloween which no one any more spells with an apostrophe. For us moderns it is one word, just a thing like "truck" or "carpet." It is no longer Hallowe'en, the e'en (even, evening) before All Hallows', the feast of All Saints. Choose any saint you like. They each have their own day, but on All Saints Day they are honored in toto, from humble (one presumes) St. Margaret of Clitherow, patron saint of businesswomen, pressed to death in Elizabeth's Merrie Olde England in 1586, to the giants of heaven -- Michael the Archangel, John the Baptist, the Apostles. Everyone.

When we celebrate Halloween, we are not thinking much of a contemplative vigil the night before the saints' day. For us it is all about -- well, we will get to that in a minute. Let's say for us, the roots of it are all about more ancient pagan associations. No less a personage than James Frazier, of The Golden Bough, teaches us. In his section "the Hallowe'en fires" (from chapter lxii, The Fire-festivals of Europe) he says,


...when November opens, the harvest has long been reaped and garnered, the fields lie bare, the fruit trees are stripped, and even the yellow leaves are fast fluttering to the ground. [This point of the year], while of comparatively little moment to the European husbandman, does deeply concern the European herdsman; for it is on the approach of winter that he leads his cattle back to the safety and shelter of the stall. (The Golden Bough, 1 volume abridged, 1951.)

This means Halloween is allied not with farming and crop harvesting, but with animals, with settling in and drawing close. I remember reading once that the holiday may even date back to the days before animals were domesticated at all; it may reflect Man the Hunter's knowledge that deer come down from the mountains in the fall, to the warmer woods and valleys; this is why Halloween has a festive spring corollary, "Walpurgis Night" or May-eve, when (Man the Hunter noticed) deer return to the mountains for the summer -- and must be followed. Frazier thinks that ghosts come into Hallows' eve because, having learned new skills, Man the Herdsman busy putting his cattle into the barn for safety also would have wanted to act as kindly to his dear dead.


Throughout Europe, Hallowe'en, the night which marks the transition from autumn to winter, seems to have been of old the time of year when the souls of the departed are supposed to revisit their old homes in order to warm themselves by the fire ... could the good-man and the good-wife deny to the spirits of their dead the welcome which they gave to the cows?

Add in prehistoric [mostly Celtic] New Year rites, which Frazier thinks are part of the mix and which always include ideas of time-shifting, of protective mask-wearing and future-foreseeing, of the supernatural intersecting with life, and we have more reason to prepare for hauntings and witchery. We have more reason to set out treats of food for lost souls -- dear cow-souls, we might call them -- to light celebratory fires, and to generally savor the night's "glamour of mystery and awe -- attended by picturesque features and merry pastimes -- the gayest night of the year, invested with romantic beauty."

I hope so, especially the mystery and awe and romantic beauty parts. I find Halloween interesting because Frazier's and all these ideas, if they are right, make the holiday truly a relic, projecting from remote prehistory into our day, carrying a freight of knowledge and rituals which our ancestors took seriously. Seriously enough to still affect us. Note what we still do or don't do, because of them. We don't, for example, make a Halloween dinner. We don't spend long days stewing and braising, and then sit down to a proper family feast in daytime. It is all treats or faux-food, treats disguised. The dead don't really eat.

As for romantic beauty, well. Again I hope so. Driving around and looking at decorations this week, I fear we probably could all take a lesson from our Celtic ancestors, who surely would have had better taste than to strew their homes and yards with pointless mannequins of bloodied brides, or effigies of human torsos hung from trees. Not very welcoming to the cow-souls, or cows for that matter. Aren't a few lights, pumpkins, hay bales, and the occasional black cat enough? Why the interpolation of evil and violence into "the gayest night of the year"? Modern people in comfortable societies might not go in for pretend horror at all, if they had any understanding that such scenes are real sometimes. Remember the four-day jihadi attack on the Westgate mall in Nairobi?

It does seem also that Halloween, Celtic all through, passed via the Celtic countries, Ireland and Scotland, to arrive full blooded only on American shores. If you flit about on the internet googling Halloween in France, Italy, or Spain, for instance, you learn that these un-Celtic countries didn't know it much at all. They have recently begun adopting the American Halloween, complete with quite good-looking Italian zombies in Rome, but had no particular witches-and-broomstick customs of their own for the vigil before All Saints' Day. Curious, by the by, that for all the German immigration in our background, we never adopted Walpurgis Night, April 30. Possibly it was always a minor matter in the old country anyway.

As for Halloween's American growth, or what it is all about for us, it seems to have morphed strong within living memory. Deep in Project Gutenberg you can find old books for children from the early 1900s, in which an earnest narrator describes fun but odd Hallowe'en parties that call to mind a birthday, or April Fool's, as much as anything else. (Actually the party in Hallowe'en at Merryvale is a birthday, too.) Boys and girls pull taffy, bob for apples, and then sit down before a paper pie which they pull open with colored paper streamers, to reveal paper spiders and grasshoppers within. They eat ice cream and cake. A generation later, my father returned from the service after World War II to learn of a new custom. His mother handed out candy to children at the door on October 31. He had to ask her what was going on. (My mother, however, disputed this. She was six years younger than him. "Of course we all went trick or treating then," she scolded. Perhaps my father lived a rather sober childhood, or perhaps the age gap proved time enough for a new custom to develop sometime in the 1930s or '40s.)

Today one can speak not only of an American Halloween industry, and of discrete sales of candy and costumes and party decorations and so on, but of such a thing as the Halloween Industry Association. Take a look at its website and be reminded of the way literature has crept into Halloween costumes: there among the stock ghosts and skeletons is Count Dracula, and Frankenstein. The HIA was incorporated in 2005, the same year that President George W. Bush signed legislation extending Daylight Saving Time by one week -- i.e., to barely scoop in the magical day -- after "intense lobbying" from "the candy industry" ("How Retailers Got American Kids an Extra Hour to Trick or Treat on Halloween," by Megan Willet, Business Insider, Oct. 29, 2014). Well and good, I say. Small-r republican representative government in action. If you object, run for office yourself, or form a lobbying group to outlaw businessmens' -- and -womens', à la Saint Margaret of Clitherow -- reacting to incentive, or candy.

An odd holiday. We eat non-meals, and rub shoulders with wraiths instead of people, or hope to do. Now would be the time to close with a typical Halloween treat, a comforting morsel for one's favorite cow-soul. I think you may have a cocktail instead. Below, from my dog-eared paperback Calvert Party Encyclopedia (all of 96 little pages, published in 1960), enjoy the Zombie.